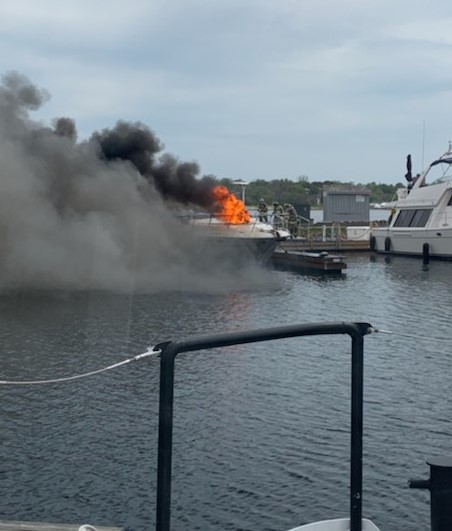 The Southern Georgian Bay OPP Marine Unit responded at 1 p.m. May 19, 2021 along with Midland Fire Service to a report of a boat fire at a Midland Bay marina. The 40′ Sea Ray vessel valued at $200,000 was unoccupied at the time, became fully engulfed during the fire causing a lot of thick smoke, alerting numerous marina and downtown Midland bystanders of the fire.

The boat eventually sank from damage caused by the non suspicious fire while being tended to by Midland Fire Service personnel. The vessel is valued at $200,000.00 and the Ministry of Environment has been made aware of the incident so they may monitor for any environmental concerns.