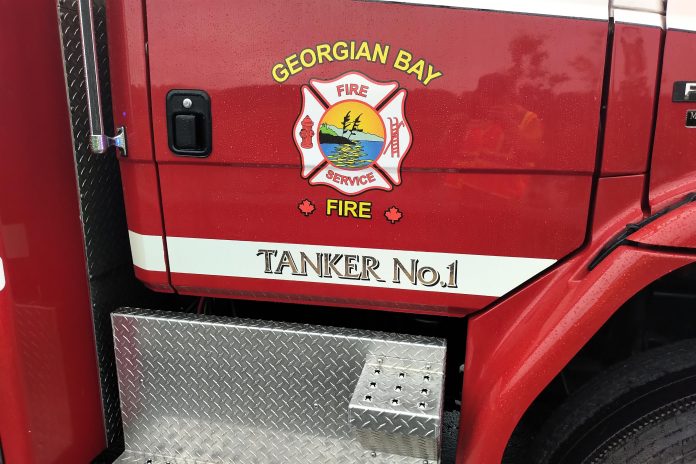 On Thursday April 22, 2021 just after 8 p.m, Georgian Bay Fire and Emergency Services responded to a report of a structure fire with six trucks at a seasonal property under renovation on Kings Farm Road in Port Severn.

The fire department said a resident from across the lake noticed the fire and called 911 and proceeded over to the property.

The resident began extinguishing the fire which originated on the deck. Crews arrived and completed some overhaul and confirmed the fire was out.

“This resident from across the lake saved this cottage and contained the fire to the deck area. Great Work.” said Deputy Fire Chief Chad Dowell.

There were no injuries reported. There is no word on the cause of the fire or damage estimate.