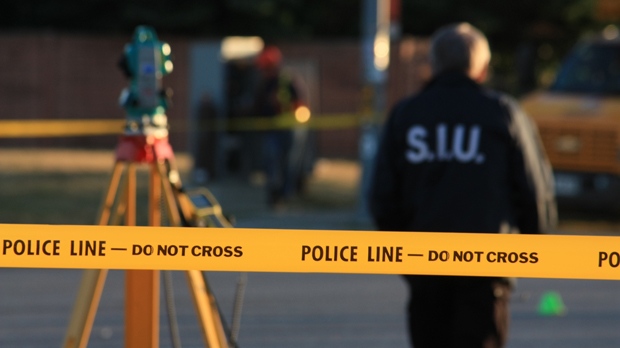 The province’s Special Investigations Unit is seeking witnesses to assist in an investigation where a 45-year-old man suffered serious injuries during an arrest by OPP officers in the Township of Georgian Bay in the early hours of July 10, 2022. Specifically, investigators are looking to speak to a woman who was seen walking towards the incident and may have witnessed what happened.

At 3:20 a.m. on July 10, 2022, Bracebridge OPP officers were called to go to the Canadian Pacific Railway yard at Front Street and Muskoka Road for a reported trespass and breaking and entering investigation.

Officers located the man believed to be involved near a retail area on Front Street. During the interaction, officers discharged Conducted Energy Weapons. The man was arrested and transported to hospital where he was diagnosed with serious injuries.

Video surveillance of the incident captured who appears to be a middle-aged woman walking toward the incident at about 3:25 a.m.

Two investigators and a forensic investigator have been assigned to the case.
The SIU is urging anyone who may have information about this investigation to contact the lead investigator at 1-800-787-8529 or online at: https://siu.on.ca/en/appeals.php?caseid=4932&caseno=22-PCI-177