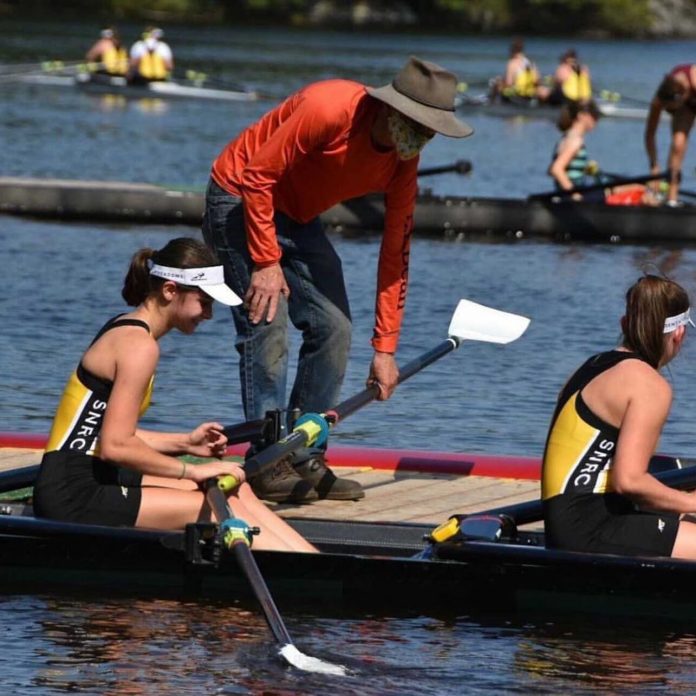 The Muskoka Fall Classic took place on Saturday in Gravenhurst, Ont. on Gull Lake. The 3km head race featured 125 participants from 15 clubs from across Ontario.

The event featured men’s and women’s race categories in singles, doubles, pairs, quads and fours all the way from the under-19 age category to 60-plus. The competitors were competing in hopes of winning the coveted ‘Golden Honey Jar’, a 500g jar of locally produced honey. The big winners on Saturday were members of the Argonaut Rowing Club who claimed ten first place finishes out of 32 events. The host Georgian Bay Rowing Club had the second most first place finishes with seven, followed by the Leander Boat Club and McMaster University Rowing with five each, the South Niagara Rowing Club with three and Hanlan Boat Club and London Western Rowing Club with one each.

Competing in the Senior Men’s Singles category, James Sinclair of the Leander Boat Club, had the fastest men’s single time of the day crossing the finish line in a time of 11:47. On the women’s side, Julia Teixeira of the Argonaut Rowing Club crossed the line in a time of 13:01 while competing in the U19 Women’s Singles, good for the fastest women’s single time of the day.

13 of the 15 clubs who competed on Saturday earned a top-3 finish.

For full results for the Muskoka Fall Classic visit RegattaCentral.

*Photo is property of the South Niagara Rowing Club.