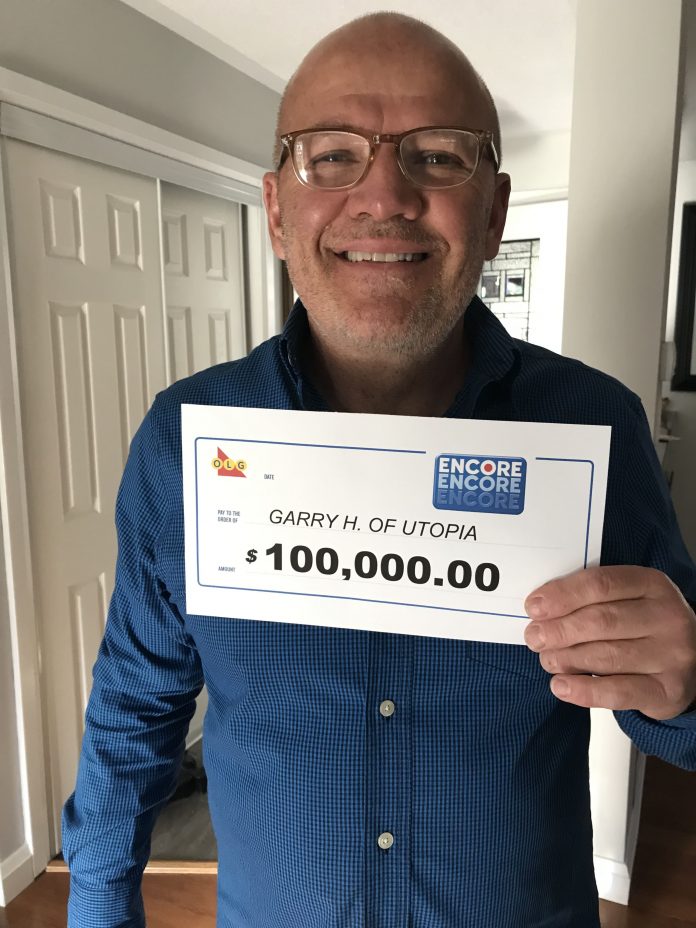 Saying “yes” to Encore paid off for Garry Hoddinott of Utopia. He matched the last six of seven ENCORE numbers in exact order in the December 1, 2020 LOTTO MAX draw to win $100,000!

Garry says he is a regular lottery player and always plays ENCORE. “This is my second ENCORE win. I won $1,000 11 years ago,” he shared.

The retired paper mill worker checked his ticket while at the store. “I keep my tickets for a while before I check them,” he said. “I saw Big Winner and I had to check again!”

Garry told his wife of 40 years about his big win. “I told her to come with me to the store and watch the lottery terminal,” he smiled.

He plans to share his win with his children and put the rest toward their dream home. “This win will help us get closer to our dream of a waterfront home in Muskoka,” he concluded.

The winning ticket was purchased at 7-Eleven on Wilson Avenue in North York.