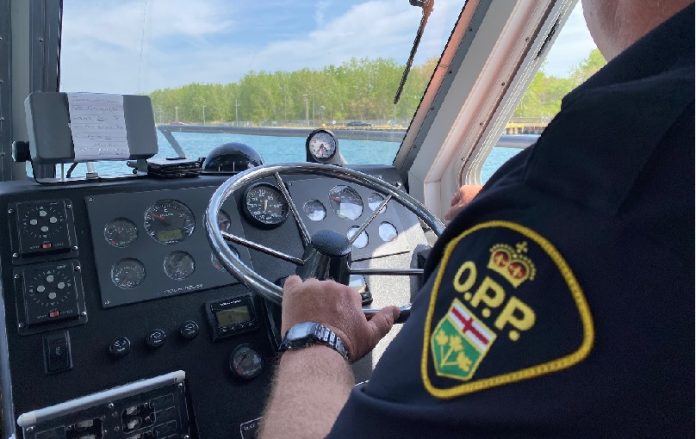 On Friday September 3, 2021 just after 1 p.m., Almaguin Highlands OPP received a call for a marine complaint on Lake Bernard in Sundridge.

Police said the unresponsive male was spotted on the water in a small boat.

With the help of members of the public, Parry Sound Emergency Medical Service and police, the person was brought back to shore and taken to hospital with no injuries.

Further investigation by a Drug Recognition Expert (DRE) was completed and as a result the operator, James Lee, 37 years-of-age, of Sundridge was charged with Operation while impaired – alcohol. Failure or refusal to comply with demand, Operation while prohibited and Possession of a scheduled I substance – opioid (other than heroin)

The accused was released from police custody and is scheduled to appear at the Ontario Court of Justice on Thursday October 14, 2021 in Sundridge, Ontario.