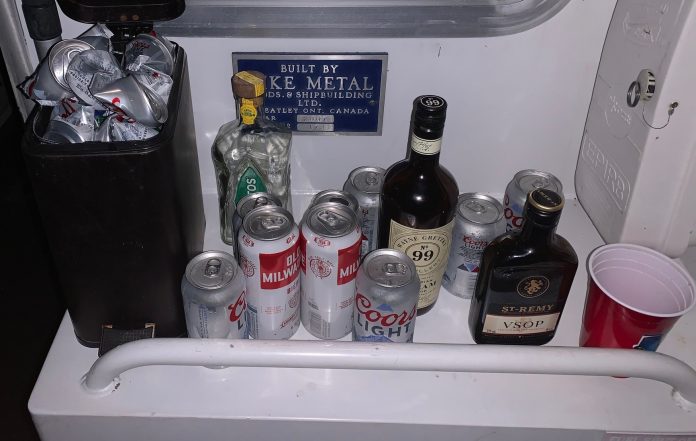 Southern Georgian Bay OPP on patrol over the September 10-19, 2021 time period checked a total of 46 vessels during their 59 hours of patrol of area waterways. Thirteen operators were educated on various offences under the Canada Shipping Act (CSA) and officers responded to five calls for service.

Officers while on patrol in Penetang Bay conducted a screening device test upon a vessel operator resulting in a three day drivers licence suspension (ADLS) for a 49-year-old Barrie male. Also, a seizure of alcoholic beverages was made from the same vessel with an accompanying ticket for the operator for having open alcohol in a vessel.

Patrols also resulted in three operator’s being ticketed for Canada Shipping Act violations along with two other operators for liquor and lifejacket offences.

Wearing your Lifejacket while on the water especially now with the colder days of fall approaching, will definitely increase your chances of survival if you should go overboard. Having sufficient lifejackets for everyone aboard is the Law! (see submitted graphics)