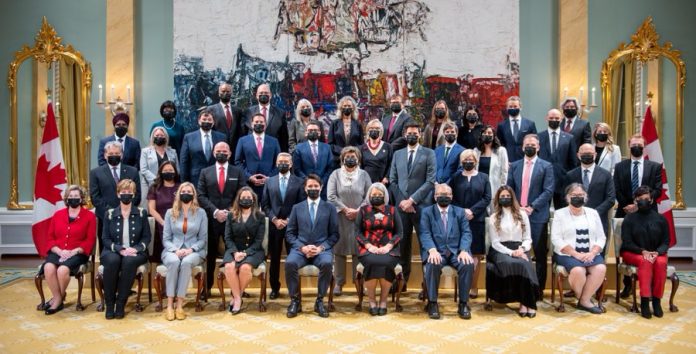 This team will continue to find real solutions to the challenges that Canadians face, and deliver on a progressive agenda, as we finish the fight against COVID-19 and build a better future for everyone.

The past year and a half has been difficult for Canadians. We have all made sacrifices to keep each other and our communities safe from COVID-19, and the Government of Canada has had people’s backs every step of the way. As we continue to take strong action to beat the pandemic and get the job done on the vaccine rollout, the government will keep putting Canadians first and delivering on their priorities. We will create new jobs and grow the middle class, put home ownership back in reach for Canadians, accelerate our fight against climate change, deliver on $10-a-day child care, and walk the shared path of reconciliation.

The new Cabinet is appointed as follows:

“Canadians need a strong and diverse Cabinet to deliver on their priorities and keep Canada moving forward for everyone. This team will finish the fight against COVID–19, deliver on $10-a-day child care, help Canadians find a home of their own, tackle the climate crisis, and continue to advance reconciliation with Indigenous peoples. Together, we will work tirelessly to build a better future for all Canadians.”  The Rt. Hon. Justin Trudeau, Prime Minister of Canada