For the second year in a row, the Toronto Maple Leafs visited the Town of Gravenhurst for some team bonding and practices, but this time around it was a little different.

With a few roster spots still needing to be filled, coaches took a firsthand look at the top eligible players to fill those spots. Local students and other spectators were allowed in the arena to watch their favourite players. The players took to the ice for two tough practices during their time in Gravenhurst, showing off their skills and battling for a spot on the roster.

After the practice, Head Coach Sheldon Keefe spoke to the media about one thing the team is focusing on this season.

“We do have a system in place that works for us,” he said. “A focus for us through camp was to get a lot quicker through the neutral zone.”

Students were thrilled to dance to a live DJ and even win some prizes while seeing their favourite players in action. One student cheering loud in the stands said his favourite player to watch is Mitch Marner.

“It’s great to be here with my friends, and this is much better than school,” the student said. 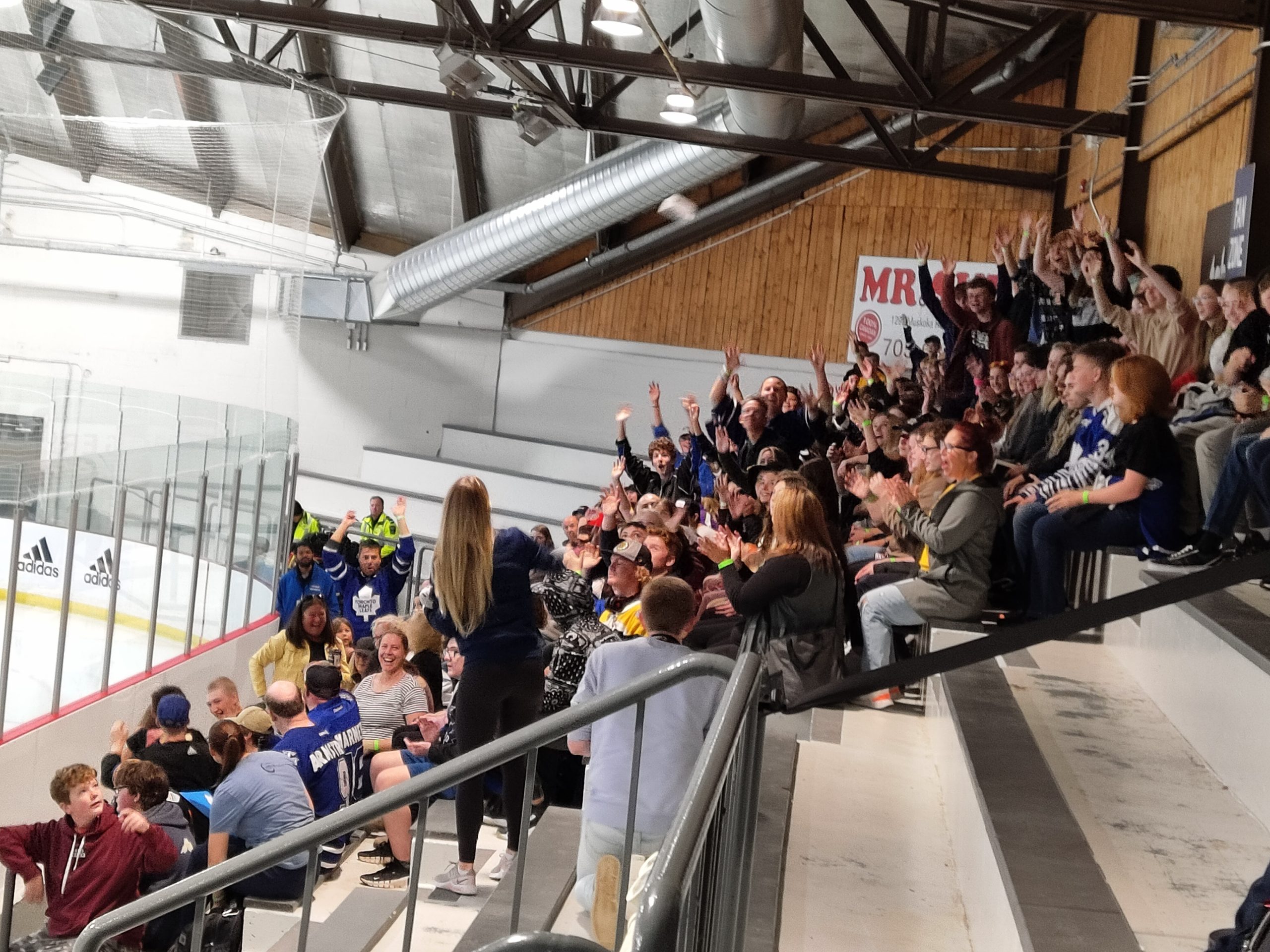 When it comes to the players, they love touring Ontario. During their Gravenhurst trip, the team enjoyed golf at Muskoka Bay Resort and a team dinner at the Oar and Paddle Restaurant.

“It’s a cool opportunity for us to be here and experience our fans,” said defenceman Morgan Riley. “Our guys have a lot of fun.”

The Maple Leafs headed home to Toronto after practice to prepare for back-to-back preseason games against Detroit before heading to Montreal to start the season on Oct. 12. 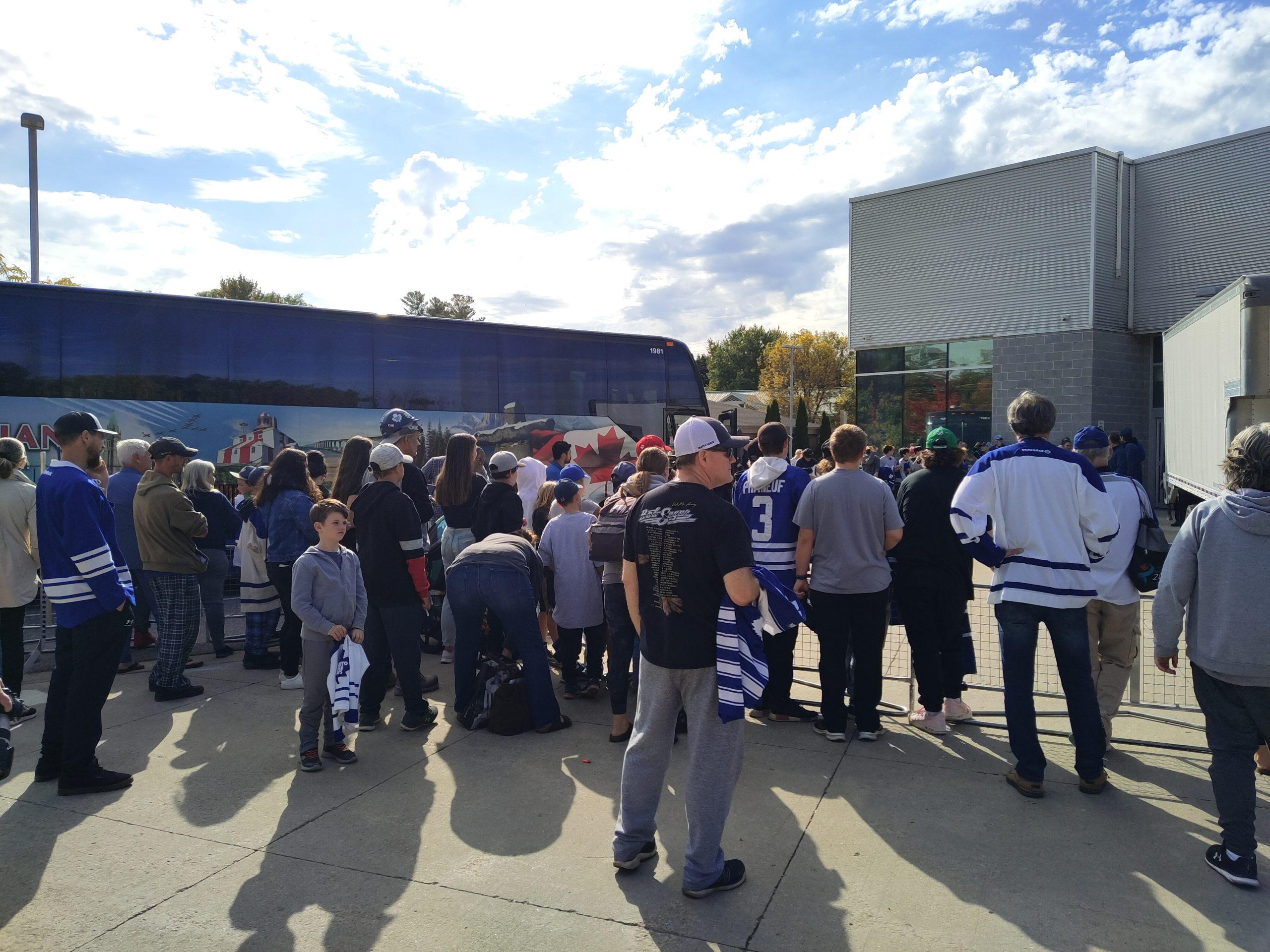