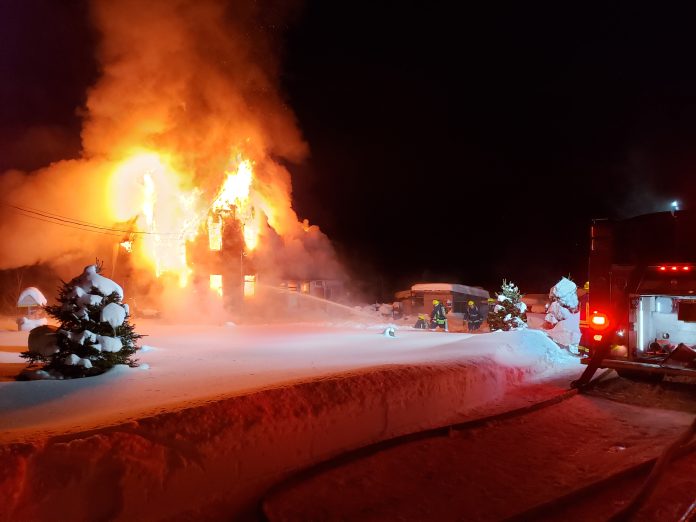 More to this story we first told you about Tuesday night.

The Huntsville/Lake of Bays Fire Department responded to a report of a structure fire on Domtar Rd. in Huntsville just before 10:30 p.m. Tuesday night.

Crews from Huntsville Station one with assistance from Port Sydney Station three arrived on scene to flames coming out of the second story. Frigid temperatures and limited access to water made it difficult for firefighters to get ahead of the fire.

Tankers from Lake of Bays and Bracebridge were called in to assist with water shuttle.

Firefighters battled the blaze for three hours. A partial collapse had made conditions unsafe for firefighters to access. An excavator was brought in to create an opening to access hot spots.
The damage is estimated at approximately $450,000.

There were no injuries. The investigation into the origin, cause and circumstances are ongoing.