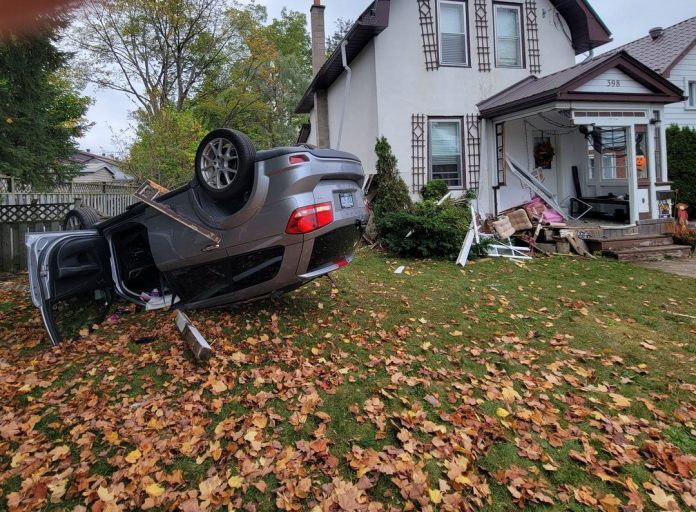 Southern Georgian Bay OPP responded to a report of a vehicle that had crashed into a Queen Street, Midland home just after  9 a.m. October 13, 2021.

OPP along with County of Simcoe Paramedics and Midland Fire Service and building officials attended the scene.

Fortunately, the three occupants of the vehicle suffered only minor injuries after the vehicle crossed the intersection of Queen and Yonge Streets striking the Queen Street home and rolled onto it’s roof.

Building officials are still evaluating the damage to the home.

The 69 year old female driver of Midland has been charged with Careless Driving contrary to the Highway Traffic Act.