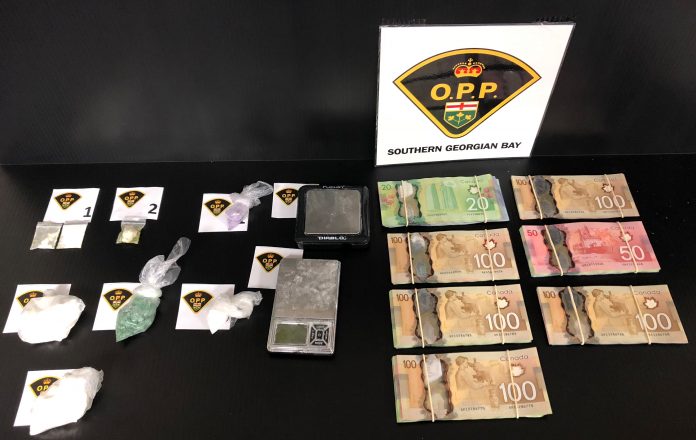 As a result of an ongoing investigation, members of the Community Street Crime Unit (CSCU) attached to the Southern Georgian Bay OPP executed a Controlled Drugs and Substances Act search warrant at a home on Southwinds Crescent, Midland on April 29, 2021.

Assisted by uniform detachment members along with the OPP Emergency Response Team (ERT), officers arrested all persons at the scene and seized quantities of Fentanyl, Cocaine, Crack Cocaine, $8970.00 in Canadian currency and associated drug paraphernalia.

Charged in connection with this investigation are the following persons-

All have been charged with the following offences-

Contrary to the Controlled Drugs and Substances Act

Contrary to the Criminal Code of Canada

All of the accused persons were released on an undertaking to appear before the Ontario Court of Justice in Midland on May 27, 2021.