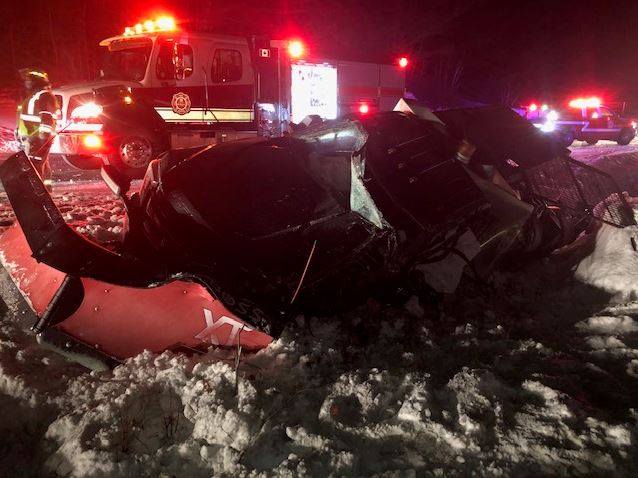 On Thursday January 7, 2021 at 2:20 p.m. a Bracebridge OPP officer was on general patrol in Gravenhurst and conducted a traffic stop on Winewood Avenue. After an investigation into driving behaviour, 24 year-old Mitchell Casserley of Muskoka Lakes Township was arrested and charged with Operation While Impaired- Over 80.

Later that same day at 7:00 p.m. Bracebridge OPP along with Muskoka Paramedics and Muskoka Lakes Fire Department were called to a single vehicle collision that occurred on Hwy 118 W in Muskoka Lakes Township involving a truck with a snow plow attached that left the roadway and ended up in the ditch.

There was significant damage to the vehicle and the occupant had to be extricated and transported to hospital with non-life-threatening injuries.

Hwy 118W was closed in that area for some time while police conducted the investigation and subsequently charged 34-year-old Daniel Hamilton of Port Carling, with Operation While Impaired and Failing to Wear a Seatbelt.

The accused has a court date set for March 23, 2021 in Bracebridge.

These two individuals had their vehicles towed and impounded and have had their drivers licenses suspended for 90 days.

This brings the total impaired drivers charged during the first week of 2021 to five.