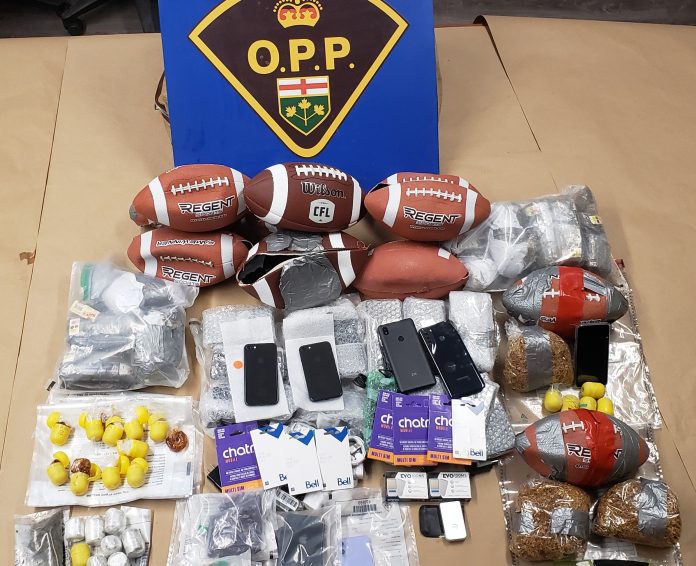 On November 22, 2021 at 4:00 a.m. Bracebridge OPP were contacted by staff at the Beaver Creek Correctional facility about two packages that had been located on the facility property which were suspected to contain contraband intended for inside the institution.

Police attended and conducted patrols of the area and located two people walking on an adjacent road. After an investigation into the circumstances, police seized many items that are prohibited inside the correctional facility and arrested and charged 21 year-old Devon Frost of Hamilton, and a 15 year-old Hamilton youth.

The young person’s identity is being withheld according to the provisions of the Youth Criminal Justice Act.
The pair each face the following charges:
– Delivering Contraband to an inmate X 2
– Distribute Dried Cannabis
– Possession for the Purpose of Distributing

The accused will appear in the Ontario Court of Justice in Bracebridge, on January 11, 2022 to answer to his charges.