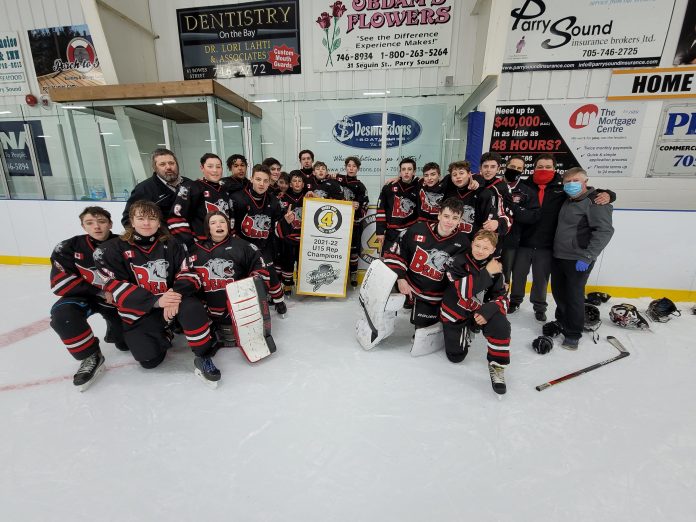 Congratulations to the U15 South Muskoka Rep Bears for winning Gold at the Parry Sound tournament this past weekend.

The Bears dominated each game, scoring a total of 42 goals with five goals against and two shutouts from Edwin and Quinn, they won all five games.

After winning in the semi finals against the Burford Coyotes, the Bears awaited their opponent for the finals, Parry Sound got past the Pelham Panthers setting up what everyone expected to be a big finish to this tournament.

The championship game was buzzing, the stands were packed with spectators and both teams came out flying,

it was a tough fought, physical game as the Bears expected, but the Bears stuck to the game plan, Parry Sound scored the first goal but that didn’t distract the Bears from their mission, the Bears regrouped and dominated on the ice and on the scoreboard winning 6 to 1.

The Cavalcade Ford U15’s next travel to Midland Saturday in a premiere showdown.