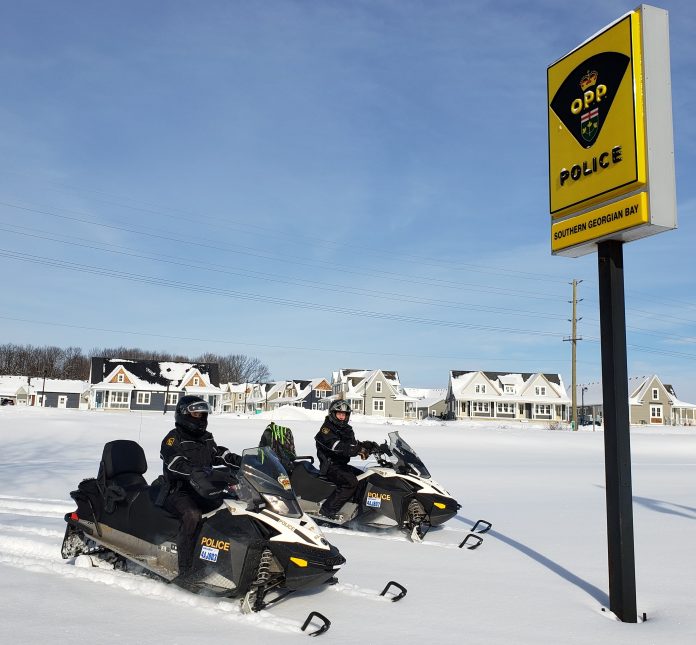 Southern Georgian Bay OPP officers were called just after 4 p.m. February 20, 2021 to a report of a single snowmobile that had struck a tree near the intersection of Crossland Road and Concession 3 West in Tiny Township.

The operator was further transported to a Toronto area trauma hospital where he remains for treatment of serious injuries sustained in the crash.

Members of the OPP Central Region Technical Traffic Investigation Unit (TTCI) did also attend the crash scene and are continuing the investigation into the cause of the crash.

Residents Furious After Hearing Simcoe-Muskoka Will Lockdown Again On Monday

Suspects Wanted In Connection With A Theft From A Gravenhurst Pharmacy

Residents Furious After Hearing Simcoe-Muskoka Will Lockdown Again On Monday