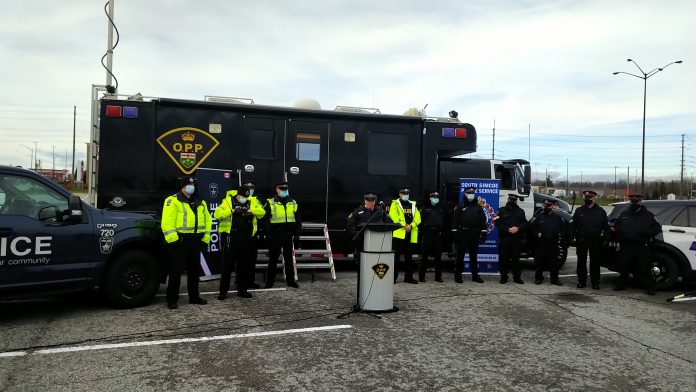 Drivers who are impaired by alcohol or drugs continue to pose a significant threat on our roads. Six people have lost their lives in collisions where impairment was a factor on OPP Central Region patrolled roads in 2021. Already this year, OPP Central Region officers have laid 1,862 charges for impaired driving and responded to 447 collisions involving impairment, of which 121 resulted in injury – a 22% increase from last year.

The Festive RIDE campaign, which runs from November 18, 2021, until January 2, 2022, is led by the Ontario Association of Chiefs of Police (OACP) and involves a collaboration among Ontario police services to keep roads free of alcohol-impaired and drug-impaired drivers. During the campaign, officers will be highly visible as they conduct RIDE initiatives 24 hours a day, seven days a week.

Members of the public are reminded to plan to not drive when planning to drink or consume drugs. There are many alternative options to remove impaired driving from the picture, such as a designated driver, taxi, rideshare, public transit or staying the night.

It’s really simple – choose to be responsible this holiday season. If you can’t drive sober, just don’t drive. If you suspect an impaired driver, make that lifesaving call and dial 9-1-1.

Learn more about the consequences and penalties of driving impaired: http://www.mto.gov.on.ca/english/safety/impaired-driving.shtml