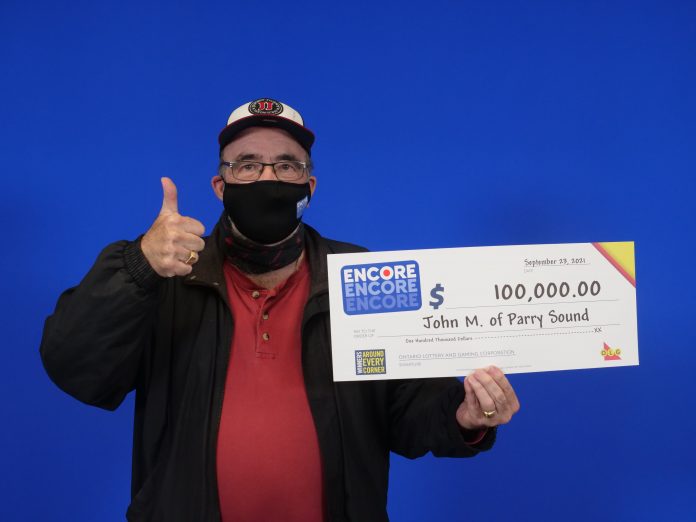 Saying “yes” to ENCORE paid off for John McRoberts of Parry Sound. He matched the last six of seven ENCORE numbers in exact order in the August 17, 2021 LOTTO MAX draw to win $100,000!

“I checked my ticket at the same store I purchased it – I was happy and surprised,” he shared while at the OLG Prize Centre in Toronto to pick up his winnings.

“This feels great – it’s going to help with my upcoming retirement,” he smiled. “I’ll also invest and give some to family,” he concluded.

ENCORE offers 22 ways to win and can be played in conjunction with most lottery games for an extra $1. There is an ENCORE draw every day.

The winning ticket was purchased at Hillcrest Grocery on William Street in Parry Sound.