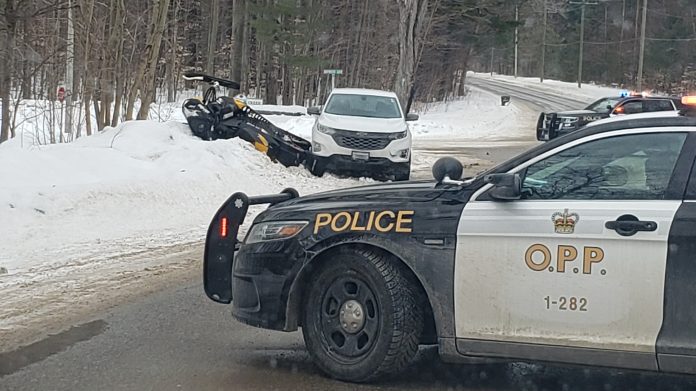 Southern Georgian Bay OPP responded at 9:33 a.m. on February 16, 2022 to a report of a snowmobile being struck by a car on Tiny Township Concession Road 13 in the intersection of Baywood Gate.

Members of the County of Simcoe Paramedic Service and Tiny Township Fire Service attended and triaged a 56-year-old female operator of Tiny Township who was the lone rider of the snowmobile and later transported to an area hospital for treatment of her injuries sustained in the crash.

The operator remains in hospital in good condition and Concession Road 13 East was reopened for vehicular traffic at 1 p.m.

The cause of the crash remains under investigation.