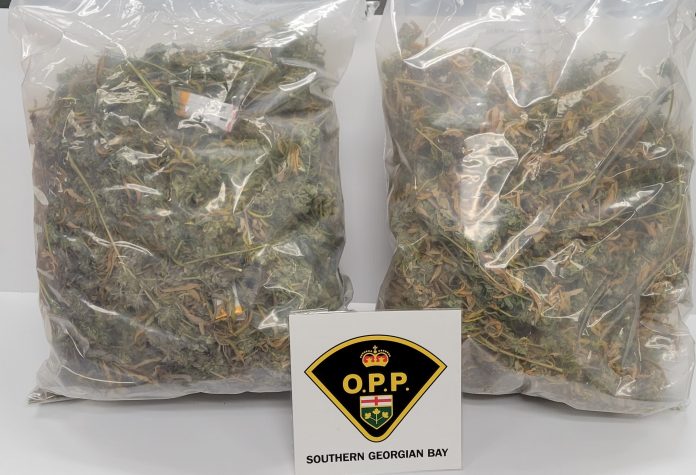 Southern Georgian Bay OPP were conducting a R.I.D.E. check stop on December 10, 2021 at 9:28 p.m. at the intersection of Concession Road 4 of Tiny Township at Crossland Road when they encountered a Ford pick up truck being operated by a lone driver.

Upon speaking with the driver, a smell of cannabis initiated an investigation leading to the seizure of two large bags containing over 8 pounds of Cannabis.

Charged is Uri Agarunov 42 years of Innisfil with the following offences.

The accused was released from police custody on a recognizance to appear before the Ontario Court of Justice on January 27, 2022