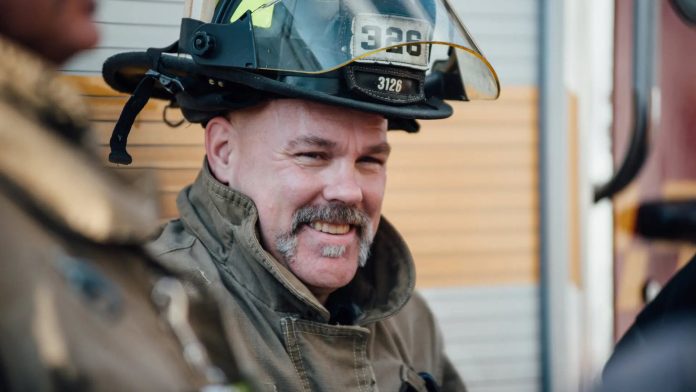 Movember will be funding four Canadian projects through the charity’s Veterans and First Responders Mental Health Grant Program, an initiative aimed at identifying and evaluating programs that positively impact the mental health and aim to prevent suicide of veterans and first responders. The four Canadian-based initiatives are part of a larger-scale effort to support veteran and first responder communities globally, as well as their families. In total, the Veterans and First Responders Mental Health Grant Program will support 14 initiatives worldwide, with an overall investment of over $7.5 million CAD, marking the organization’s largest ever investment into the first responder community.

“Each and every year, first responders across the country show up in support of Movember. It is important for us to identify, support and build evidence for programs that are truly making a difference to the lives of these men and their families,” says Todd Minerson, Movember Canada Country Director. “Through the Veterans and First Responder Mental Health Grant Initiative, we’re able to give back to a community that has really come to bat for Movember, supporting programs that are proven effective at positively impacting mental health outcomes within their field.”

There is growing evidence that first responders [firefighters, paramedics, and police officers] and military veterans are at increased risk of poor mental health and suicide.  Although many programs that aim to support these groups already exist, a 2019 report commissioned by Movember and conducted by men’s health researcher Dr. Don McCreary, found a lack of publicly available evidence showing the effectiveness of such programs. Based on the report, Movember launched the Veterans and First Responders Mental Health Grant Program in September 2020, with the aim of identifying promising mental health or suicide prevention programs and collaborating with those projects seeking to demonstrate their effectiveness through rigorous program evaluation.  Over the next two years, Movember will be supporting the following Canadian programs:

OnCall App, Ontario – National – McMaster UniversityDeveloped by a research team out of McMaster University in collaboration with Defense Research Development Canada, the Canadian Institute for Public Safety Research and Treatment (CIPSRT), and Public Safety Canada, OnCall is a peer-to-peer digital support tool designed by and for public safety personnel, including but not limited to border services, correctional workers, firefighters, paramedics, police officers, and public safety communicators. The tool provides users with 24/7 access to peer support, as well as self-screening tools, a wellness toolbox, and tips on how to cope. Pilot testing is now complete and OnCall should be available to first responders and other public safety personnel organizations in early 2022. The Movember funding will be used to explore how OnCall can be implemented in organizations, to expand access to peer support, and to better understand the effectiveness of using OnCall. Movember will provide $448,890 funding over the next two years to support these critical next steps for OnCall and peer support.

First Responder Resiliency Retreat – British Columbia – BlueprintDeveloped by Canadian university non-profit Blueprint and built for first responders, by first responders, The First Responder Resiliency Program (FRRP) is an in-person retreat-based program designed to enhance the psychological resilience of police and firefighters in British Columbia.  The program, which runs over the course of four days, provides tools and skill development aimed at strengthening attendees’ stress competence and capacity at any stage of their career. Movember funding will go towards increasing the number of clinical leads running each session, allowing for the program to support more first responders, and be rigorously evaluated to further validate that the program is effective improving the mental wellbeing of participants. The First Responder Resiliency Program will receive $426,580 in Movember funding over the course of the next two years. Blueprint is a university-based non-profit dedicated to men’s well-being and enhancing their positive contribution to communities.

Meaning-Centered Men’s Groups (MCMG) – Ontario – Western UniversityDesigned to aid men during transitional periods in their life, a team at the Western University will evaluate Meaning-Centered Men’s Groups with veterans and first responders who transition from service to release or retirement. MCMG is a group-based “upstream” psychosocial intervention that was developed by this team with previous funding from Movember, with the aim of promoting psychological resiliency and well-being and preventing the onset or worsening of suicide risk among middle-aged and older men facing the transition to retirement, a demographic at elevated and increasing risk for suicide. This project aims to facilitate career transition, promote mental health and well-being, and reduce risk for suicide among Veterans and First Responders. Given the earlier success of MCMG, this program will be tested and adapted as needed for Veterans and First-Responders. This supportive group intervention will initially be provided online, with the aim to additionally offer in-person groups once social distancing protocols allow.  MCMG will receive $428,400 Movember funding over the course of the next two years.

Resilient Minds – Ontario/National – The Canadian Mental Health Association (CMHA) Resilient MindsTM is an evidence-based, trauma-informed, peer-to-peer training program designed by and for fire fighters. The skills-building training supports prevention of and recovery from trauma and psychological distress, explores personal well-being, resilience, and post-traumatic growth. The Movember funding will go towards training peer instructors to deliver resources to their fire departments, and adaptation of the program for other first responder communities (police and paramedics). Resilient MindsTM will receive $423,000 in Movember funding over the next two years.

You can learn more about Movember and the Movember Veterans and First Responder Grant initiative at Movember.com.