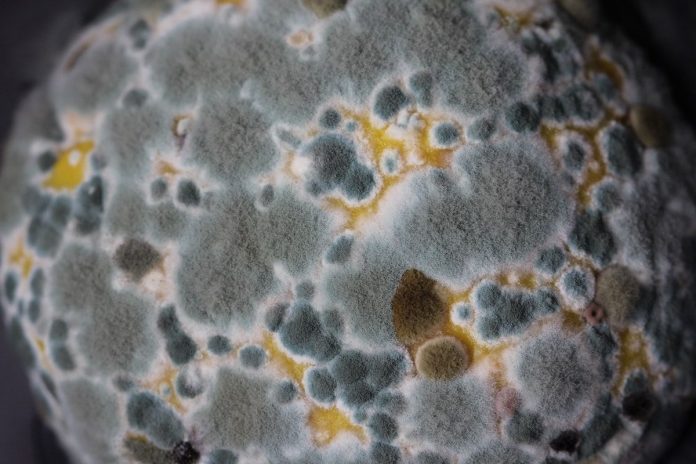 Every Muskoka homeowner, property manager, landlord, and renter knows that mould can show up as an unwelcome guest. Although not everyone is severely affected when exposed to mould, all types of mould are capable of causing health-related illness or respiratory distress, especially among people who already have respiratory issues. Common symptoms associated with mould exposure include coughing, watery eyes, congestion, headaches, and even memory loss and dizziness.
Mould spores are tiny airborne particles that are most often invisible to the naked eye. They exist everywhere in nature and can grow into visible mould – especially after a property water damage incident. Mould can grow fast due to flooding, leaks and even high humidity, making the restoration process that much more difficult. Even a minute amount of moisture can turn into a sizable mould infestation if not handled quickly and appropriately.
It’s easy to think that you can just spray the mould with some bleach, and everything will be fine. But, there is much more to it than that. There is a considerable amount of misinformation and poor guidance out there that can direct you to make the wrong decisions in how you chose to mitigate a mould infestation. Do you know who is really a mould expert, or when to give them a call?
Not every handy–person or general contractor knows what they are doing when it comes to mould. In fact, you should only trust companies and providers that are trained and certified in mould remediation. While it is almost impossible to eliminate mould from a property completely, the wrong techniques could actually worsen the problem. This is where experience comes into play.
Our homes and properties usually contain a lot of mould “food,” so all that is missing is water. Unfortunately, water damage is widespread (It is the most common type of property damage in North America.) Thus, mould makes a common appearance in many properties, but it can be prevented. The best way is to limit and eliminate moisture before the mould has had a chance to start growing.
But, if it happens to your property, bleach is not the answer! Bleach removes some topical mould growth but doesn’t address the underlying moisture problem. In fact, if you use bleach and water to clean mould, it can result in faster mould growth.
Mould mitigation is an incremental process, and you cannot adequately cut it down to a single action. This is why investing in trained and experienced mould cleanup professionals is the most effective way of dealing with mould. They find and stop the water source and then fully remove the mould growth. Professional remediation and deodorization techniques are safe, effective, and help avoid recurrences.
Even if the affected area is relatively small, we recommend contacting professional mould remediation services (such as PuroClean.) They’ll identify the moisture source and rescue and restore the affected surfaces using state-of-the-art equipment, techniques, and processes. But most importantly, you can rely on the effectiveness of their cleanups, saving you more time and headaches down the road.
Click Here to visit the website