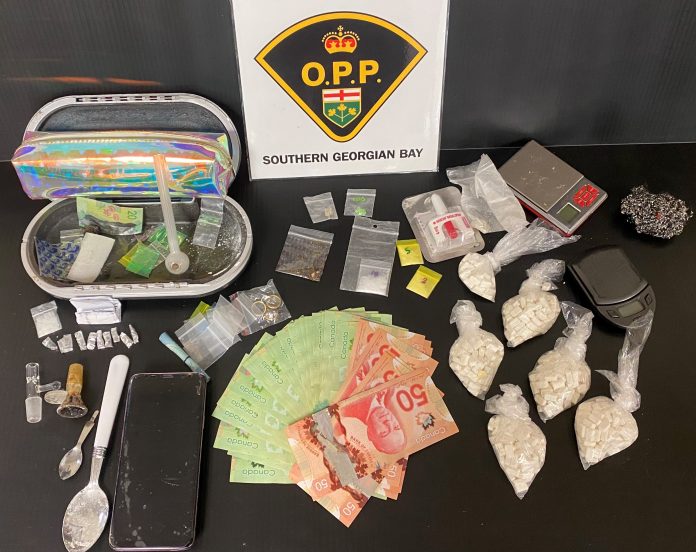 By 2:22 p.m. an OPP officer had the suspect vehicle stopped and the driver detained for an impaired driving investigation.

Further at scene investigation lead to the seizure of a quantity of suspected methamphetamines and opioid drugs along with a quantity of Canadian currency.

The driver was transported to detachment for further investigation by a Drug Recognition officer (DRE).

As a result of these investigations, the driver of the vehicle Brent Christopher Sehuin 35 years of Kirkland Lake has been charged with the following offences.

The involved vehicle was towed and impounded for 7 days and the accused’s drivers licence has been suspended for 90 days as per the Ministry of Transportation (ADLS) guidelines. The accused will appear before the Ontario Court of Justice  at a future date and was released into the custody of another Ontario police agency so they may continue their ongoing investigation.