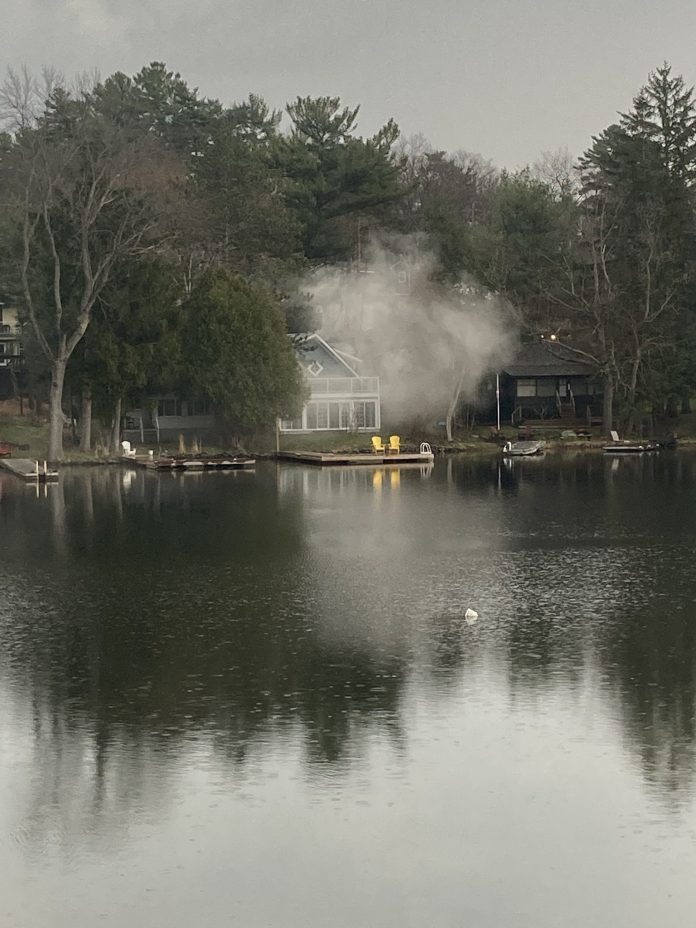 The Muskoka Lakes Fire Department from two stations were called to a structure fire on Scobie Drive in Port Carling late Tuesday afternoon after the side of the home was struck by lightening.

Witnesses told Muskoka411 they could see the smoke from across the river.

Lightning struck the side of the structure where the propane source and fireplace are. The fire department said quick action by the home owner shutting off the propane source made a big difference to containing the fire and damage.

There were no injuries reported and no word on a damage estimate, but damage is minimal.

The fire department reminds drivers never to block fire hydrants as this was a challenge when crews arrived on scene.