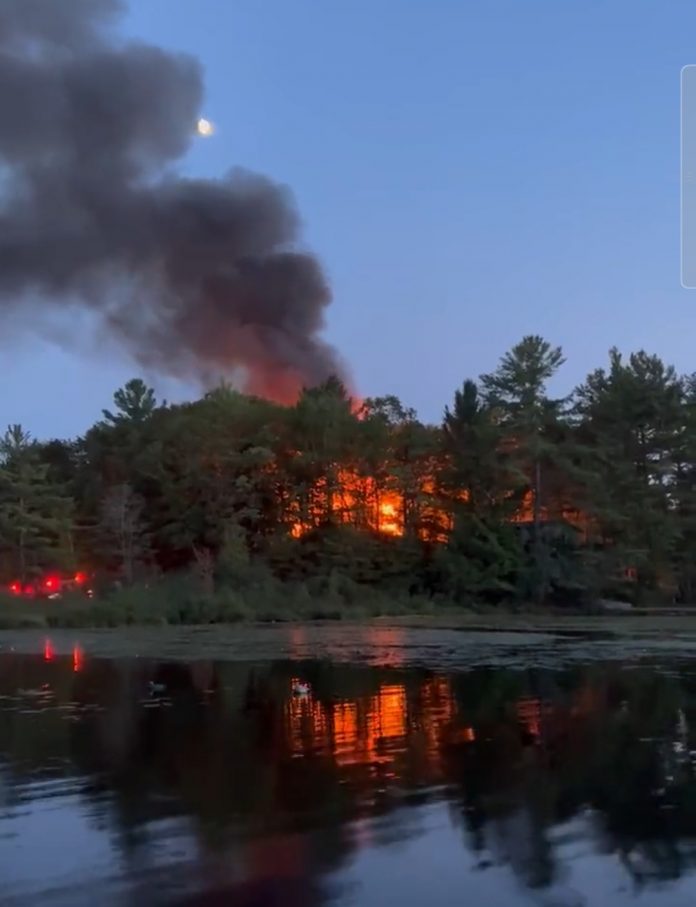 Muskoka Lakes firefighters were called at 9 p.m. on Saturday to a single family home on fire on Tamarack Trail in Port Carling.

Upon arrival, initial responding firefighters found multiple spot fires caused by burning telephone lines. The lines were melting after coming into contact with the initial hydro line failure at the incident, causing a delay in staging the fire apparatus. A single family home was fully involved with fire and had caused an exposed bunkie to be involved with fire at the time crews arrived. All occupants of both structures and their pets evacuated.

Firefighters from Port Carling, Milford Bay, Foots Bay, Minett, Bala and Torrance attended the scene. Crews were able to save the nearby exposure; however, two structures were consumed by fire.

Fire investigators are on scene and have begun their work to determine the cause. All crews worked safely and no one injured at this incident. Three seasonal residents were displaced.

OPP Investigating Damage To A Vehicle On Hwy. 60

OPP Investigating Damage To A Vehicle On Hwy. 60