A homeowner has been displaced after a house fire Tuesday afternoon in Bracebridge.

The Bracebridge Fire Department responded at 12:30 p.m. to the house on Fairlight Glen Crescent, and when crews arrived, they encountered heavy smoke and flames.

Five trucks and twenty firefighters battled the blaze from outside the house, as significant damage to the structure and floors made it unsafe for crews to enter the home.

There were no hydrants on the road, and fire crews had to shuttle water from hydrants on Santa’s Village Road.

The fire department says the fire’s cause and damage estimate remain under investigation. No injuries were reported, and crews cleared the scene at 5:30 p.m. 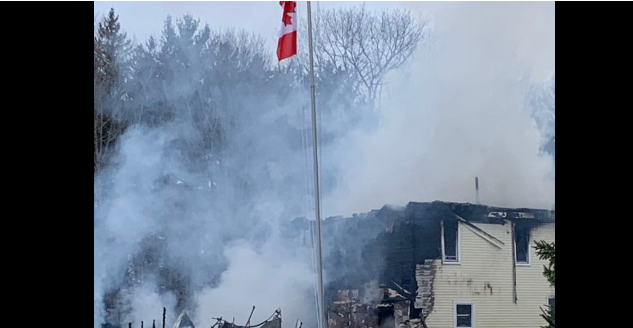