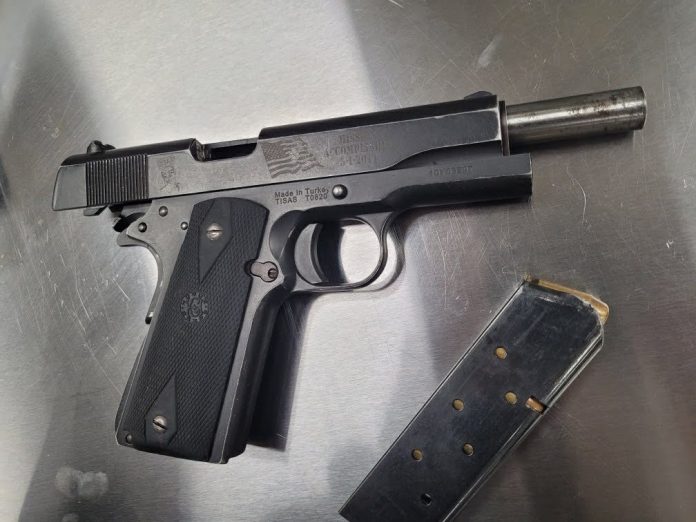 Two men face several charges after a quantity of drugs and a gun were found during a traffic stop on the afternoon of November 24, 2021 at Boblyn Road in the Township of Tiny.

Southern Georgian Bay OPP say they attended a home in the area while investigating a separate call for service and on their arrival, a vehicle left the property.

An officer stopped the car and spoke with the driver, during the conversation, the officer observed evidence of drug use and discovered that the driver had a suspended drivers license.

The vehicle was searched and a large bag of cannabis, as well as substances believed to be oxycodone and cocaine were seized.

Police then located a handgun with ammunition in the car. The two occupants of the car were arrested and transported to detachment.

As a result of the investigation, Marlon Forrest, 26 years, of Mississauga and Gabriel Wright, 30 years of Brampton, face the following charges:

Additionally, Forrest faces two counts of Failure to Comply with a Court Order.

Both accused parties were held for a bail hearing on November 25, 2021 before the Ontario Court of Justice.