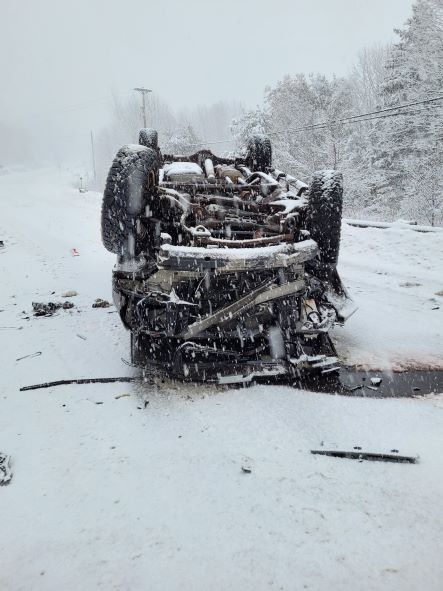 On Monday, March 7, 2022, shortly after 5 p.m. emergency crews responded to a serious two vehicle collision involving a passenger car and a pick-up truck on Highway 60, near Mitchell Road, in the Township of Madawaska Valley.

Investigation has revealed the westbound passenger car suffered a loss of control, which resulted in a head on collision with the eastbound pick-up truck.

The 22-year-old driver of the passenger car from Madawaska was transported to hospital by ambulance with minor injuries.

The 23-year-old passenger from Madawaska was extricated from the vehicle and transported to hospital with serious injuries.

The 35-year-old driver of the pick-up truck and a 38-year-old passenger both from Barry’s Bay, were transported to hospital by ambulance with minor injuries.

Both vehicles were towed. The roadway was closed to traffic for about two hours to facilitate the investigation and vehicle removal.

Anyone with information surrounding this collision is asked to contact the Killaloe OPP Detachment at 613-757-2600 or Crime Stoppers at 1-800-222-TIPS. 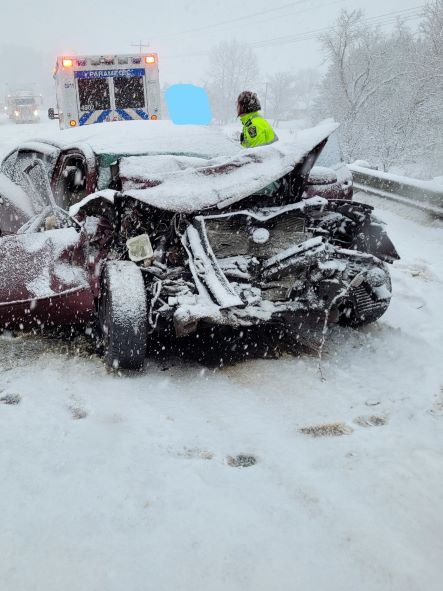