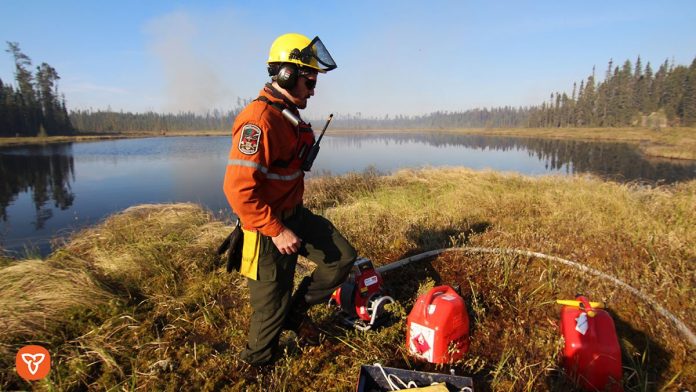 There are no new wildland fires that were confirmed in the northeast region by late Monday afternoon.

There is one active fire in the Northeast region:

There has been a total of five wildland fires in the Northeast region this season thus far. The following four fires are now out:

Aviation, Forest Fire and Emergency Services would like to remind the public to use caution when performing any outdoor burning. In order to dispose of yard waste and woody debris, we encourage you to use methods such as composting or using your local landfill. If you must burn, follow Ontario’s Outdoor Burning Regulations.

Fires are to be ignited no sooner than two hours before sunset and extinguished no later than two hours after sunrise. Always have tools/water adequate to contain the fire at the site. Know the rules for safe outdoor burning. Consult the full set of Outdoor Burning Regulations.

For tips on preventing wildland fires and information on the current fire situation, follow them on Twitter in English and French @ONforestfires and @ONfeudeforet.