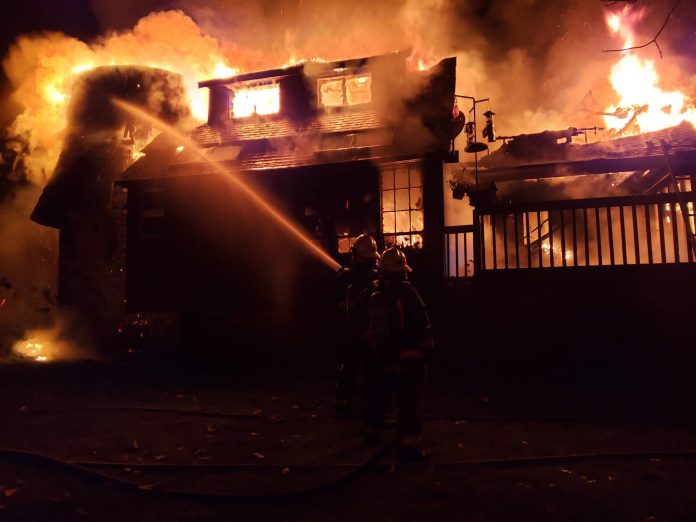 Firefighters from stations 1, 4 and 5 battled a structure fire on Allensville Rd. near Hwy. 11 in Huntsville early Saturday morning.

With limited water sources in the area, tankers from stations 1 and 4 were called in to assist with water supply.

Crews were dispatched shortly before 1 a.m. and battled the blaze until 7:30 a.m. One team of firefighters remained on scene to put out spots as an excavator removed caved-in walls.

The occupants managed to safely escape. No injuries were reported. The cause and circumstances of the fire remain under investigation, and the damage is estimated at $600,000.

“We want to remind residents to get outside as soon as the smoke alarms sound. Call 9-1-1 immediately once outside,” said Huntsville/Lake of Bays Fire Chief Rob Collins. “Fire can spread quickly and there often isn’t much time to get outside to safety.”