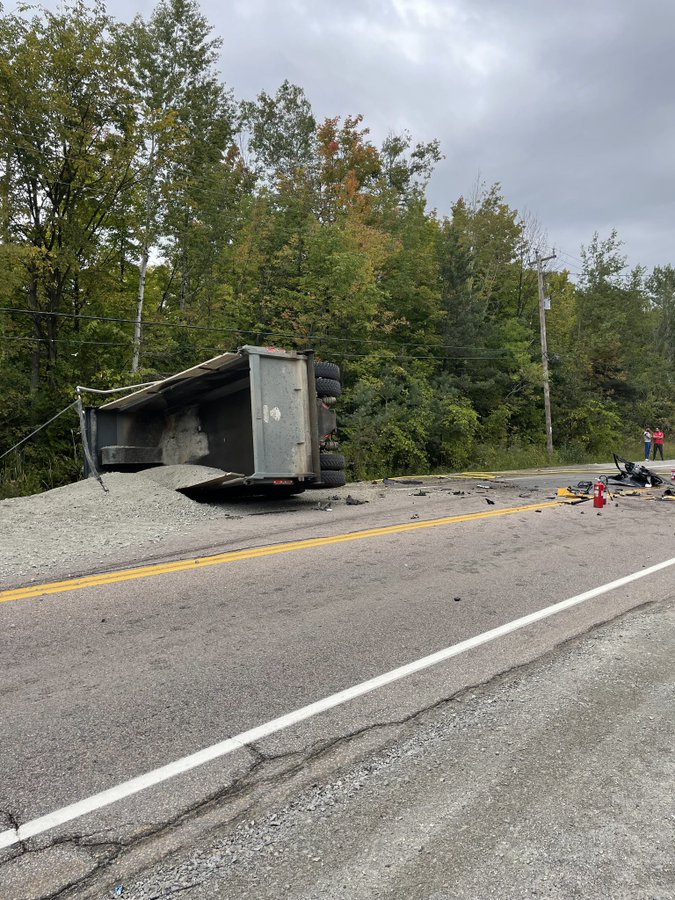 Investigators ask that anyone who may have witnessed the crash or has dashcam video is asked to contact the OPP at 1-888-310-1122 or opp.southern.georgian.bay@opp.ca.

At 10:15 a.m. September 21, 2022 Southern Georgian Bay OPP responded to a report that a commercial vehicle and a pick up truck were involved in a serious crash on Highway 12 between Gratrix Road and Fraser Road Tay Township.

Tay Township Fire Services along with County of Simcoe Paramedic Services are at scene treating the involved drivers.

Further details will be provided as they become available.