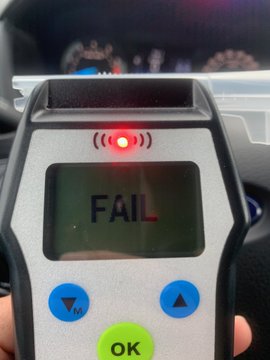 On Saturday, July 31, 2021, at 6:25 p.m., Killaloe OPP responded to a private property on Highway 60 in the Township of South Algonquin where a collision involving two sport utility vehicles had occurred.

As part of the investigation, the Roadside Screening Device was used on one of the drivers, and that driver was transported to the police detachment for further testing. As a result of this investigation, 33 year old Edward Voldock of Whitney was arrested and charged with the following Criminal Code offences:

No tow was required, and there were no reported injuries.

The accused was released on conditions, and is scheduled to appear in court on Wednesday, September 8, 2021, Ontario Court of Justice, Killaloe. The accused’s driver’s licence was suspended for 90 days, and the vehicle towed and impounded.