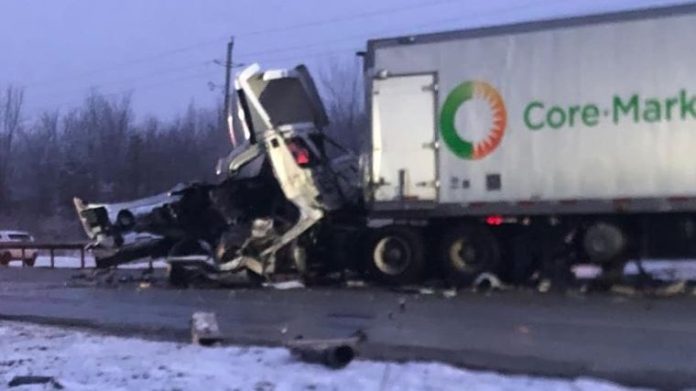 The Orillia OPP are investigating a collision on Highway 11, north of Line 14.

On January 23, 2022, shortly after 6:30 a.m., Orillia OPP, along with Oro-Medonte Fire, County of Simcoe Paramedics, responded to a single-vehicle collision where a southbound tractor trailer struck the guard rail. One person was trapped and transported to a local hospital and subsequently airlifted to a Toronto Hospital for further treatment.

The Highway was re-opened in both directions after several hours.

Members of the OPP would like to remind the public to follow rules of the road during closures. Two barricades were rammed and removed from their mounts causing significant damage. There were several reports regarding vehicles travelling in the wrong direction on both the highway and on ramps. Furthermore, an officer at the scene laid three provincial offences notices related to drivers operating handheld devices attempting to video/photograph the collision scene while driving past emergency responders.