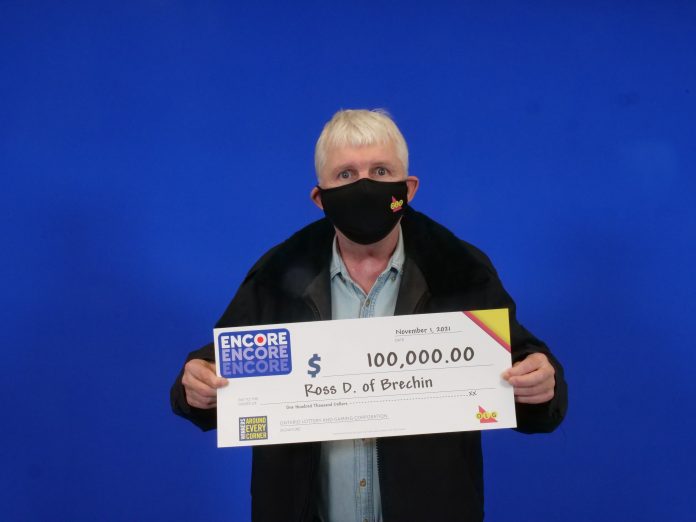 “I play the lottery on and off,” shared Ross while at the OLG Prize Centre in Toronto to pick up his winnings.

Ross says he phoned his sister who lives in Winnipeg to share the news. “She thinks it’s great!”

He has no big plans for his win yet. “I’ll put it in the bank,” Ross concluded.

The winning ticket was purchased at Metro on Front Street in Orillia.