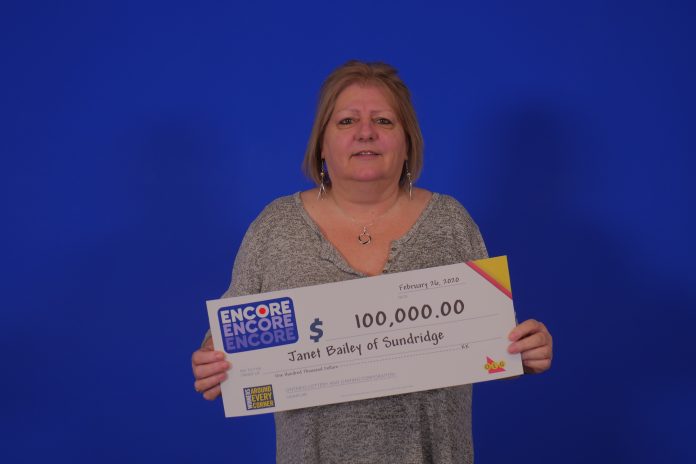 Saying “yes” to Encore paid off for Janet Bailey of Sundridge. Janet matched the last six of seven Encore numbers in exact order in the February 22, 2020 Ontario 49 draw to win $100,000!

Janet, a 56-year old mother of four daughters, discovered her win by checking her ticket using the OLG Lottery App. “I checked my ticket but wasn’t playing close attention! I realized when the ticket was checked again that it was a big winner,” she shared, while at the OLG Prize Centre in Toronto to pick up her cheque. “I was shocked!”

Janet, an OPP staff member, plans to share her winnings with her daughters and her grandchildren and make some charitable donations within her community.

“This feels great. It happens when you least expect it,” she concluded.

The winning ticket was purchased at Capstone Market on Hilltop Road in Burk’s Falls.