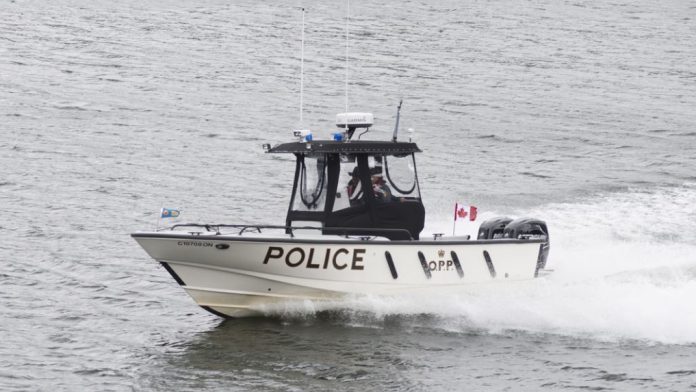 The Southern Georgian Bay OPP were on patrol checking vessels and operators for equipment and impairment focusing on Giants Tomb and Beckwith Island areas along with patrols of Six Mile Lake, Gloucester Pool and the Trent System over the June 29 – July 3, 2022 time period.

Officers issued eight tickets for liquor violations and nine for a mariners not having sufficient lifejackets on their vessel, two other mariners were ticketed for  Canada Shipping Act violations. During the officers patrols, 68 vessels and their operators were checked for equipment and sobriety during their 59 hours of patrol.

Officers responded to a report of a disturbance on a vessel in Penetang Bay at 9:06 p.m. July 1, 2022 resulting in the 39 yr old operator being charged criminally with Operation of a Vessel while Impaired and further with Assault after an investigation. The accused was released on a recognizance to appear before the Ontario Court at a future date and is subject to a drivers licence suspension under the conditions set out by the Ministry of Transportation (ADLS).

Marine unit supported area emergency services that attended to a 23 year old male Barrie resident causing a disturbance and went into medical distress at a Mermaid Island, Georgian Bay Township at 9:20 p.m. July 2, 2022. The male was transported by EMS to an area hospital without incident.

Officers remind boaters that although pets need to taken to for a walk periodically while they stay aboard, they need to go to a place that does not violate private property owners rights. The Trespass to Property Act does protect private property owners and officers will be enforcing complaints made to them such as in Good Harbour.