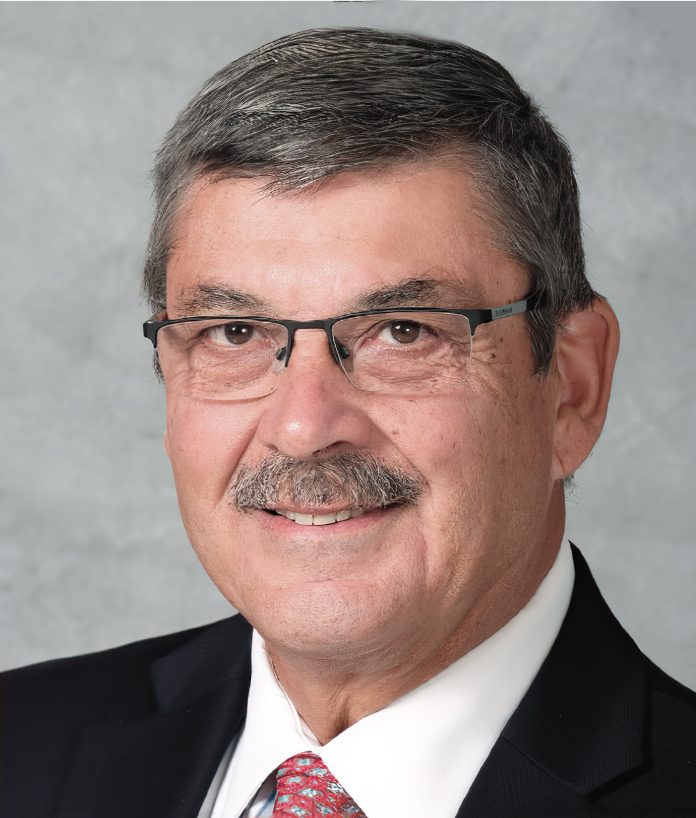 Richard C. Gauthier is the incoming Chair of the Georgian College Board of Governors. The board held its first meeting of the academic year on Sept. 29.

Gauthier, a retired automotive executive from Sharon, Ontario, joined the board in September 2017, served as Vice Chair last year and has assisted new members each year as a dedicated board mentor.

“I’m deeply honored to serve as Chair and it’s with great pride I follow in the footsteps of my predecessor, Ali Khonsari, in helping to support Georgian and its senior leaders as we look toward a successful and rewarding year ahead,” said Gauthier.

“The college has a reputation, as well as a storied history, as a community builder and world-class institution in the education of today’s learners. Georgian graduates are an integral part of building community and driving economic growth throughout Canada.”

Gauthier’s involvement with the college began in 1997 when he joined the Automotive Business School of Canada (ABSC) Board of Directors. Among many contributions to the college, he was an advocate with the ABSC board in supporting the development and implementation of a postsecondary graduate certificate for industry executives, with a focus on Canadian-specific content for dealership management across the country. Gauthier was also instrumental in influencing all provincial dealer associations to raise $250,000 toward the renovation of the ABSC lobby into a dealer showroom named Federation Hall.

In recognition of his outstanding contributions to Georgian and our students, he received the Georgian College Board of Governors’ Community Partner Award in 2002 and an Honorary Bachelor of Applied Studies in Business Automotive Management degree from Georgian in 2005. In 2016, he was invested as a Georgian Fellow, an honour bestowed on people who have made an outstanding contribution to education or the general expansion of knowledge, most particularly in the central region of Ontario.

Gauthier’s roots in the automotive industry include management positions with General Motors and Chrysler Financial Services, as well as owner operator of a retail dealership. In 1997, he began his longstanding position as President and CEO of the Canadian Automobile Dealers Association (CADA). Under his leadership, the CADA grew significantly. Gauthier retired in 2016.

“Richard brings with him extensive experience in board governance, seasoned communications skills and expertise helping organizations achieve their strategic plan,” said Kevin Weaver, Georgian’s President and CEO. “Throughout his tenure at the CADA, he provided an invaluable level of support to the ABSC, serving as an ambassador for our automotive programs and as a mentor to faculty and students.”

One third of Georgian’s Board of Governors membership is appointed through the public sector appointment process and two-thirds appointed directly by the board.

• Past Chair Ali Khonsari of Barrie

• Angela Lockridge, Secretary-Treasurer to the Board and Vice President, Student Success and Corporate Services