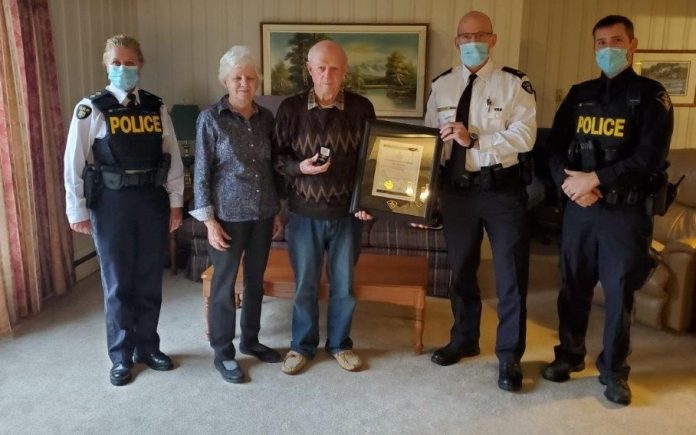 Mr. Ruff was commended for his bravery after fighting off a black bear that had entered his home on July 31, 2019.

The bear went after a cake on the counter and become trapped inside the cottage after getting in through the window.

The bear left through a door after a short physical confrontation and Mr. Ruff was treated for minor injuries.