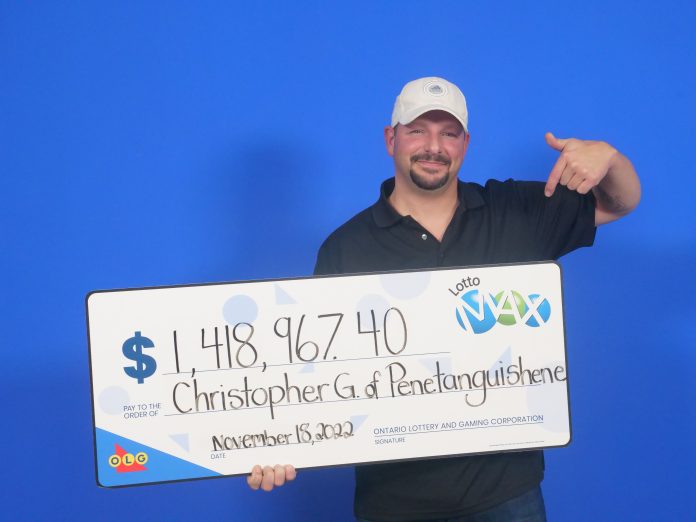 Christopher Grenier of Penetanguishene has $1,418,967.40 to put toward his dreams after winning a LOTTO MAX second prize in the October 14, 2022 draw.

Christopher says he plays the lottery once a week. “I play my own numbers – all family birthdays,” he shared while at the OLG Prize Centre in Toronto to pick up his winnings.

The 41-year-old was at the store when he discovered his big win. “I checked my ticket at the ticket checker, and I thought it was a joke,” he said. “I called my work and told them I wasn’t coming in and then went home and told my wife.”

Christopher plans to purchase a house and take his family out for dinner to celebratee.

OLG is booking in-person prize claim appointments at the OLG Prize Centre in Toronto. We strongly encourage those with claims between $1,000 and $49,999.90 to submit them online or mail them in. Submitting claims online is fast and secure. Customers with prizes over $50,000 are asked to call 1-800-387-0098 to discuss available prize claim options.

The winning ticket was purchased at Garrett’s Convenience on Talbot Street in Port McNicoll.