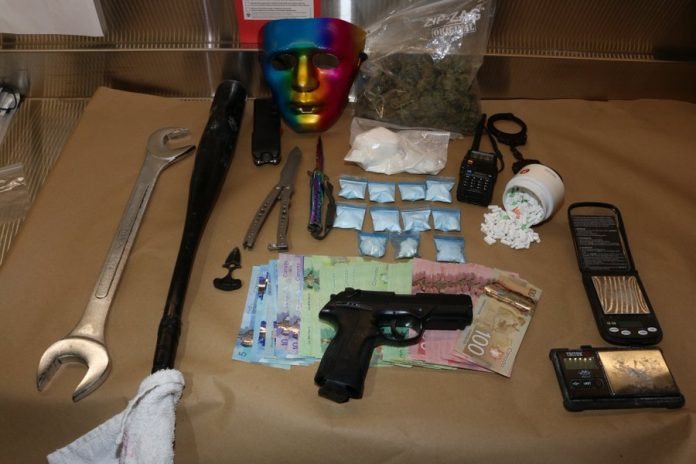 The Orillia OPP have arrested and charged a Burford man for drug and weapons offences in the City of Orillia.

On October 29, 2021, Orillia uniform members entered into an investigation regarding a stolen vehicle on Millard Street.

Responding Officers stopped the vehicle to commence the vehicle. As a result of that stop the driver was searched incident to arrest where police located drugs, an imitation firearm, weapons, cash, and other indicators of trafficking.

As a result of the investigation police charged, 38 year old, James Donald Sears of Burford, Ontario with:

The suspect was held for a bail hearing, remanded into custody.