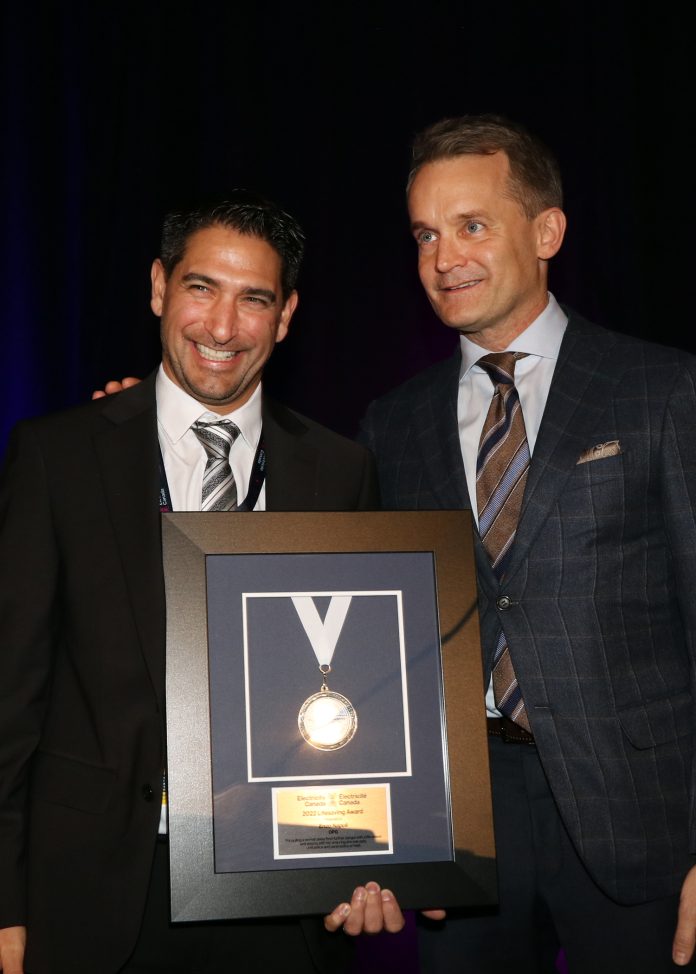 Ontario Power Generation (OPG) employee Enzo Napoli displayed extraordinary courage while on the job as he prevented a woman from drowning at a hydroelectric dam. Electricity Canada is honoured to present Enzo with a 2022 Lifesaving Award.

While on shift at the OPG International Control Dam in September 2021, Enzo noticed a woman fall into the water. Enzo immediately closed all inside gates, called 911, and used a life ring to keep the woman afloat and to pull her away from further danger in the water. He stayed with her, and ensured she was safe, until police and paramedics arrived to pull her out of the water.

Now in its 100th year, the Lifesaving Awards are granted annually to any on-duty employee of an Electricity Canada member utility who was involved in a lifesaving attempt or acted to prevent further harm to someone who needed immediate help. These individuals often risk their own lives to help a stranger in need. The Lifesaving Awards are presented as part of the Occupational Health and Safety program at Electricity Canada, designed to track and monitor safety records of member utilities.

This year’s awards were presented at the 5th annual Electricity Canada Powering Partnerships summit in Ottawa to nine individuals from four utilities.

“I applaud Enzo for his quick and caring actions in ensuring the safety of a community member. Safety is at the core of everything we do at OPG, and Enzo’s alertness and knowledge of what to do in an emergency exemplifies OPG’s strong safety culture.”