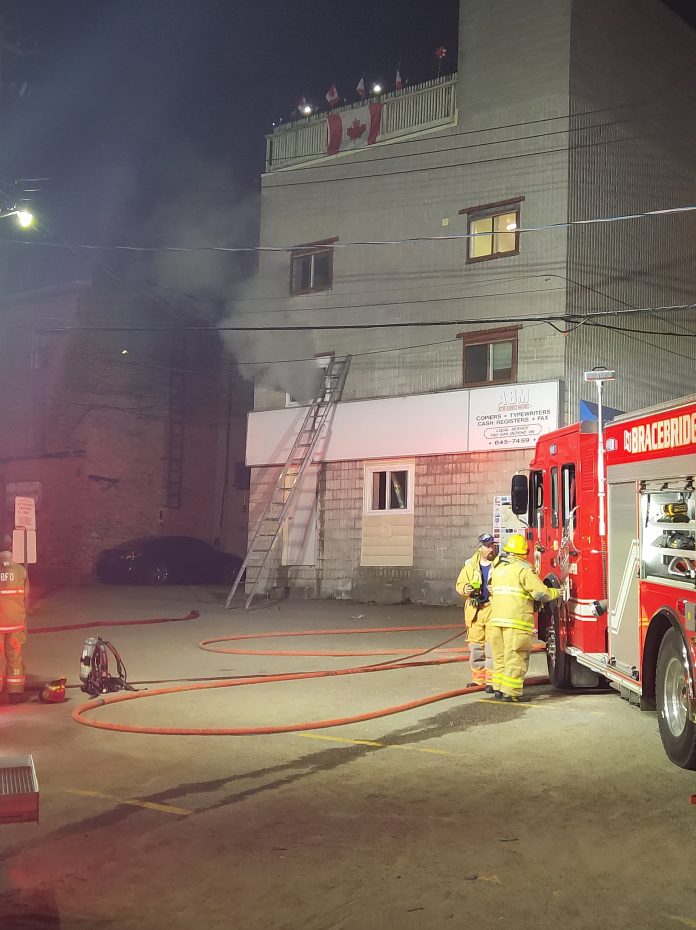 A man was taken to hospital by paramedics with smoke inhalation on Sunday night after an apartment fire in downtown Bracebridge.

The Bracebridge Fire Department got the call at around 9:15 p.m. to the rear of 35 Manitoba Street. Two witnesses told Muskoka411 News that they entered a smoke-filled unit attempting to bring a male out to safety before crews arrived on scene. Two firefighters were able to successfully rescue the male, allowing paramedics to transport him to hospital for treatment.

Residents were displaced on Sunday night, but some residents could be allowed back home on Monday. There is no word on a damage estimate and damage was contained to one unit.

This is a developing story and more information will be provided as it becomes available.

BREAKING
Apartment fire at 35 Manitoba St in Bracebridge one person rescued and taken to hospital pic.twitter.com/JaKcXMCpHR