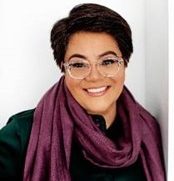 Ligaya Byrch is the new Chair of the Board of Directors of Orillia Soldiers’ Memorial Hospital (OSMH).   A Vice-Chair for the past three years, and a Board member since 2018, Byrch was named Chair on Tuesday, June 28th at the Board’s inaugural meeting that was held immediately after the Corporation’s Annual General Meeting (AGM).   Both meetings were conducted virtually due to the pandemic.    Byrch replaces Leigh Popov who held the Chair’s position for the past two years and will remain on the Board as a Director.

“Successfully steering our hospital through the end stages of the pandemic, and strategically advocating for the construction of a new hospital in Orillia will be two of the Board’s primary objectives over the next year,” said Byrch.

Other changes to the Board composition include Lawrence Pietras moving from 2nd to 1st Vice-Chair while Peter Caldwell takes on the 2nd Vice-Chair position.

Ryan Spurgeon is the sole newcomer to the Board, filling a mid-term vacancy created by Dan Germain, a former Chair who has stepped down from the Board following 8 years of volunteer service.   Incumbent Directors Mario Benedetto, Sheila Marner, Ted Markle, Ken Brownlee and Peter Caldwell were all re-appointed at the AGM.

This was also the first AGM for Glenna Tinney, Ex-Officio Voting member on the OSMH Board of Directors and representative of the OSMH Nurses Alumnae, where she serves as the current President.

Two physician members of the Board were also acknowledged for their service during the AGM.   Dr. Nancy Merrow has been a Board member in her role as Chief of Staff since 2013 and Dr. Monica Chaudhuri has completed two years as an executive of the Medical Staff Association.

A complete list of the new Board is available below and on the hospital’s website, www.osmh.on.ca.    To view a recording of the 2022 OSMH Annual General Meeting, click here.