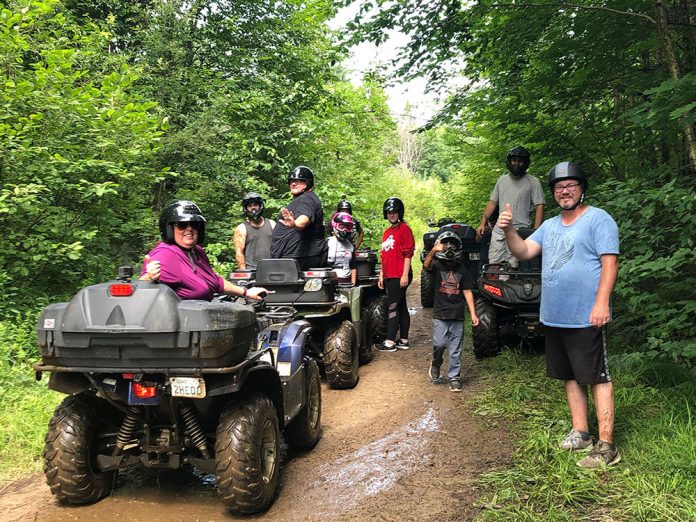 It is down to the top five finalists in a competition in which a local entrepreneur wins the grand prize of $5000. Parry Sound Muskoka Community Network (PMCN) will be announcing the winning business on July 7 at Perfecting the Pitch II.

Muskoka Beer Spa of Torrance, Muskoka Collective of Bracebridge, Outdoor Adventures ATV of South River, Rock Paper Scissors Company of Gravenhurst and Tall Trees of Huntsville will be returning to Canvas Brewing on July 7 to share their new videos. One will win the prize of $5000.

PMNC launched the contest in June for businesses of Parry Sound, Muskoka and Almaguin that were keen to Perfect their Pitch. “We had a lot of interest. Businesses are interested in better communicating their message and recognize video as an excellent tool,” says Stuart Morley, executive director of PMCN explaining that 17 businesses were selected to go to the first event on June 17. “Our judges chose five to go to the finals. It was a great evening with lots of networking and even more entrepreneurial pride. We have so many fantastic businesses.”

To learn more about the five finalists and purchase tickets visit https://www.pmcn.ca/ptp Your $40 ticket includes a buffet dinner from Farmer’s Daughter in Huntsville and a vote for Audience Choice. This event is brought to you by PMCN and supported by sponsorship from Muskoka Lakes Chamber of Commerce and Georgian College’s Henry Bernick Entrepreneurship Centre.

Each of the five finalists have worked with the PMCN team to create a new business marketing video, which will be premiered at the Perfecting the Pitch II event on July 7 at Canvas Brewing Company. The finalist videos will be showcased and a winner of the $5000 prize selected by a panel of judges..

In addition to the $5000 prize, there will once again be an Audience Choice Award for $1,250 at the July event. Again, friends and family are welcomed to join to cheer and vote! At the first Perfecting the Pitch video showcase, the first Audience Choice Award vote was a draw with ReActivate Muskoka and The Original Bug Shirt Company tying, but the second vote declared

The Original Bug Shirt company the winner of $1,250 prize. Guests are welcome to meet the finalists and watch the new videos on Thursday, July 7. It’s also an opportunity to connect with some of the area’s entrepreneurs and support these exciting new businesses. Every ticket holder gets to vote for the Audience Choice Award!

One Dead, Another Rescued After Two People Fall Off Sea Doo...