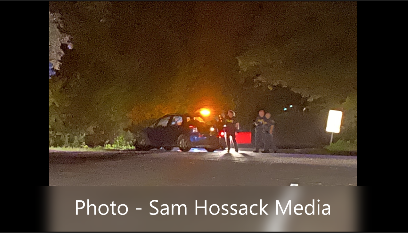 The Orillia OPP have arrested a person for impaired driving in Oro-Medonte.

On August 27 2020, shortly before 9:00 p.m, Orillia OPP were called to a single vehicle collision on Eight Mile Point Road.

Police arrived on scene and found a vehicle in the ditch. The vehicle left the road and struck some trees. There were multiple people from the vehicle who had minor injuries and needed medical attention. The County of Simcoe Paramedics (CSPS) attended the collision and escorted all the people involved to an Orillia area hospital with minor injuries and were released at a later time.

Through the investigation police determined the driver of the vehicle Eva Bennett-Guenette, age 25, of Barrie, was driving while impaired. The suspect was arrested and charged with:

The accused was released with a court date in November.