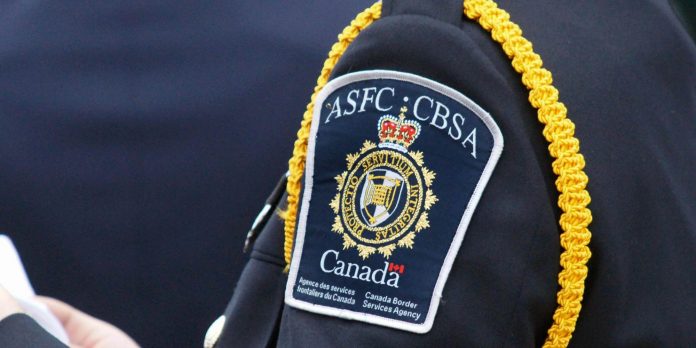 The Canada Border Services Agency (CBSA) has been at the forefront of Canada’s COVID-19 response since the beginning of the pandemic. While the year 2020 was spent introducing and enforcing new health measures at the border to close it to COVID and its variants, the CBSA has spent a good part of 2021 gradually adapting measures to allow for a safe return of travellers with health always as top priority. Meanwhile, the flow of goods across our border remained steady, and postal and courier shipments rose significantly as more Canadians shopped and did business online. The CBSA also took this time to move forward on modernizing our border by using technology to facilitate and expedite activities through a more touchless travel experience.

The CBSA’s 2021 highlights showcase the Agency’s commitment to facilitate the free flow of commercial goods and services, support a secure and welcoming immigration system, stop dangerous drugs and weapons from entering Canada, and contribute to Canada’s response to COVID-19. From January 1 to October 31, 2021, the CBSA’s 14,000 employees working across Canada and around the world, including it’s 6,500 uniformed officers, accomplished the following:

Limited the spread of COVID-19 in Canada

The CBSA remained focused on Canada’s pandemic response in 2021, working closely with the Public Health Agency of Canada (PHAC), the Agency adapted its posture rapidly to the evolving situation including the emergence of new variants of concern and the approval and distribution of vaccines.

As a result of the border restrictions introduced in 2020 and in early 2021, traveller volumes have dropped by nearly 86 per cent compared to pre-pandemic volumes, from 97.4 million in 2019 (all modes) to approximately 13.6 million (all modes) as of October 31 this year. In July, as the border measures changed, the number of travellers began rising again reaching a total of 1.3 million travellers per month, and steadily increasing to reach 2.1 million per month in October. In comparison, in 2020, there was a total of 965,409 travellers in July, and just over 1 million in August. In 2019, there was a total of 10.6 million travellers in July, and 11.3 million in August.

Maintained the flow of essential goods into Canada

With the steady increase of vaccination levels across Canada and based on scientific data and advice from PHAC, the CBSA began implementing Canada’s phased approach to adapting border measures this past summer. In July, quarantine requirements were lifted for fully-vaccinated returning Canadians. This was followed in August with the lifting of travel restrictions on discretionary travel (i.e. tourism) by fully vaccinated U.S. citizens and permanent residents. A few weeks later, another important step followed: the lifting of the restrictions for discretionary travel by fully vaccinated foreign nationals. On November 19, further adjustments were announced which included changes to pre-entry testing requirements for short trips and other measures to be implemented in January 2022. The CBSA remains ready to adapt the measures as the situation evolves, such as the latest precautionary measures announced to protect Canadians with respect to the COVID-19 Omicron variant of concern.

To support the Government of Canada’s commitment to provide safe and effective vaccines for Canadians, the CBSA efficiently cleared 4,738 COVID-19 vaccine shipments since the vaccine rollout began, representing over 78.9 million doses. The CBSA continues to facilitate vaccine shipments on a regular basis. As of December 6, the cumulative number of COVID-19 vaccine doses administered in Canada was 61,902,952. Vaccination is one of the most effective ways to protect our families, communities and ourselves against COVID-19.

Created by the CBSA, working in close collaboration with PHAC, ArriveCAN is the official Government of Canada’s mobile App and website for travellers to submit mandatory information before entry into Canada. Free and secure, ArriveCAN is an essential tool in the management of the pandemic and facilitates the process at the border in all modes of travel. A new version of ArriveCAN is released monthly to keep up with the changes at the border, including a recent and essential update to allow travellers to submit their mandatory proof of vaccination. As of November 30, the App has been downloaded more than 6.3 million times since it was first launched in April 2020.

To continue to improve and modernize the experience of travellers, the CBSA has launched a new feature in ArriveCAN called the Advance CBSA Declaration. This feature will allow travellers arriving at certain airports to electronically submit their customs and immigration declaration in advance of their arrival in Canada. This feature is currently available for travellers arriving at Vancouver International Airport through the ArriveCAN website only. It will soon be launched at Toronto Pearson International Airport and other airports across Canada.

Keeping travellers well informed of the border measures as they were adjusted throughout the year was an essential element of the effort towards limiting the spread of COVID-19 in our country. The CBSA worked closely with PHAC to inform travellers about the evolving requirements to enter Canada and other travel, testing, quarantine and border measures as changes occurred throughout the year. As of September 30, the Border Information Service (BIS) handled 705,114 calls from the public seeking information on CBSA programs, services and initiatives. In comparison, the CBSA has received 480,054 calls for the same time period in 2020.

Stopped firearms, illicit drugs and other import violations at the border

The CBSA plays a key role in fighting organized crime by stopping dangerous weapons, drugs and illegal goods at the border. Travellers who do not declare their firearms upon arrival can face arrest, seizure, and criminal prosecution. As of October 31, Border services officers (BSO) made 42,839 seizures totaling 47,787 seized goods, including a total of 908 firearms. The Agency also issued a total of 1,016 penalties for food, plant and animal import violations for a total of $856,300. The CBSA is also leading a cross-border task force on behalf of the Government of Canada that will ensure that law enforcement partners on both sides of the border benefit from shared intelligence, information, and partnerships, so that they can detect and intercept the illegal movement of firearms at the border. Anyone who may have information about suspicious cross-border activity are encouraged to contact the CBSA Border Watch Toll free Line at 1-888-502-9060. Specific enforcement actions across Canada, additional facts and figures as well as other regional highlights can be found on at the associated regional backgrounder linked below.

Reunited missing children with their loved ones

The CBSA is committed to identifying and recovering missing children and the Agency is a partner of the program Our Missing Children Program (OMC), which aims at intercepting and recovering missing, abducted and exploited children and returning them to their parents and legal guardians. From January to November 8, a total of 29 missing children have been reunited with their parents or legal guardians. Founded in 1986, OMC is comprised of the CBSA, the Royal Canadian Mounted Police, the Department of Justice Canada and Global Affairs Canada. CBSA officers have reunited 1,989 missing or abducted children with their parents or legal guardians since being a partner in OMC.

The rise in e-commerce and low-value imports in the COVID-19 environment has resulted in growing volumes of shipments. The CBSA reprioritized resources in its courier facilitation and screening to adjust to this surge. There has been a 117 per cent increase over the last three years in the volume of Courier Low Value Shipments alone. With the evolving e-commerce landscape, that increase is only expected to rise. As we enter the busiest month of shopping for the holiday season, the Agency reminds those online shoppers ordering goods from outside of Canada to get their orders in early.

The Agency has progressed in simplifying the importing process for Canadian businesses with the launch of the CBSA Assessment and Revenue Management (CARM) Client Portal with “Release 1”. The CARM Release 1 offers importers, brokers and trade consultants a version of the online CARM Client Portal with self-service tools. It allows businesses to see their amounts owing, submit a rulings request, and manage their accounts. Functionalities of the portal will be expanded with Release 2. Since the launch of the portal in May 2021, more than 8,253 importers and 251 brokers have registered.

The CBSA has a longstanding history of treating the people coming through its ports of entry with compassion and professionalism. At the same time, it delivers on its mandate to screen individuals for security and other factors, and remove inadmissible people as quickly as possible – activities that maintain the integrity of the immigration process. This year, the CBSA played a pivotal role in the recent government-wide initiative to bring people from Afghanistan into Canada. CBSA officers in Canada and abroad worked with Immigration, Refugee and Citizenship Canada and other government partners to support the arrival of over 4,800 people from Afghanistan. Responsible for securing the border, the CBSA took all the necessary steps to ensure that all persons were thoroughly screened, as done with all travellers coming to Canada. CBSA officers in Canada also continued to investigate border-related offences threatening the integrity of the system such as those acting as fraudulent immigration consultants.