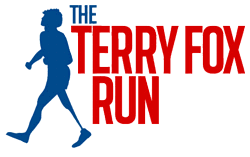 he Terry Fox Foundation has announced that on Sunday, September 19, Canadians will come together once again across the country to support or participate in the 41st annual Terry Fox Run for cancer research. The event will be virtual this year, uniting dedicated supporters from coast to coast to coast in neighbourhoods across Canada as they participate in the virtual ‘Terry Fox Run. One Day. Your Way.’

“Terry had to stop his Marathon of Hope 41 years ago when his cancer returned,” says Fred Fox, Terry’s older brother. “He asked Canadians to keep on fundraising for cancer research without him so that his dream of finding a cure would one day be realized—and that is exactly what we need to do now.”

Fundraisers and donors will have access to a variety of new tools and technology to better support virtual fundraising efforts this year, including:

“It’s important to us that our amazing volunteers and donors feel supported and connected during the COVID-19 pandemic,” says Michael Mazza, Executive Director of The Terry Fox Foundation. “We are making it as easy as possible to participate in this year’s Terry Fox Run or to sponsor one of the thousands of individuals and teams taking part.”

The impact of COVID-19 on Canada’s health care system and cancer care throughout the country has been substantial. “Cancer hasn’t taken a break and continues to deeply affect millions of people,” says Jim Woodgett, President & Scientific Director of The Terry Fox Research Institute. “Perhaps not since 1980 have we seen such a dire need for cancer research to ensure we can combat the negative effects of disrupted screenings, surgeries, and interventions for years to come.”

Canadians are encouraged to support and celebrate a favourite fall tradition that honours a national icon and makes a difference in the lives of millions of Canadians. All proceeds will fund innovative cancer research, including a bold new project called the Marathon of Hope Cancer Centres Network — a powerful collaboration of Canada’s best cancer researchers to accelerate precision medicine by sharing knowledge and resources, and building a new, accessible cancer data platform to deliver the best possible outcome for each cancer patient, no matter where they live.

Visit terryfox.org/run to learn more, sponsor a participant, or register to fundraise.