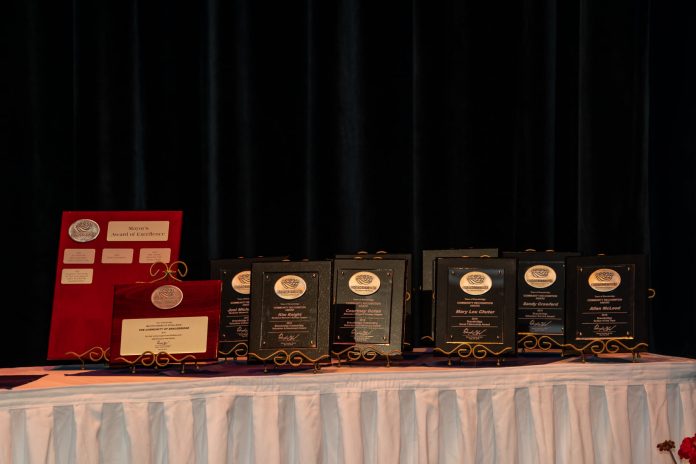 The Town of Bracebridge recognizes and celebrates outstanding achievements of local residents in volunteerism and sport with the Community Recognition and Sport Awards.

Bracebridge Town Council, through the Bracebridge Community Recognition Advisory Committee, annually recognizes individuals and organizations who have made a significant impact in the community. The Town of Bracebridge also submits nominations for Provincial awards to the Ministry of Citizenship and Immigration’s Honours and Awards Program and to the Ontario Heritage Trust based on local nominations

The Bracebridge Community Sport Awards are presented annually to the athlete, coach and team of the year. Those receiving awards have shown excellence in their sport; demonstrated sportsmanship; are a credit to the community; have displayed good character; and serve as excellent role models for young athletes in the community

Bracebridge Town Council is pleased to publicly honour the achievements of outstanding award recipients and to thank those who are leaders and role models in the building of the community.