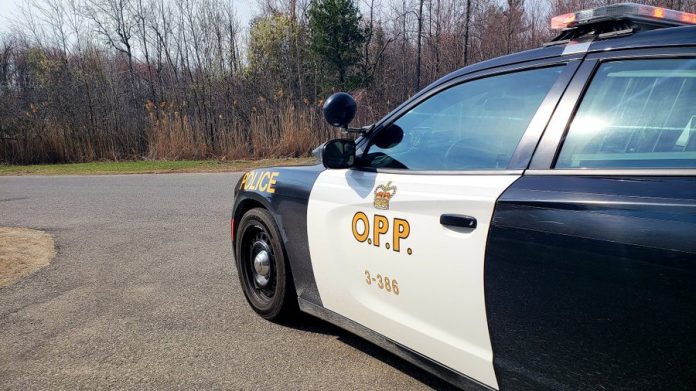 On Monday 12 of July, 2021 at 3:45 p.m., Almaguin Highlands OPP along with Parry Sound Emergency Services and the Magnetawan Fire Department attended a single vehicle collision on Highway 124 and Highway 520.

OPP say there were no injuries.

The Police investigation revealed that Robert Trahan, 41 years-of-age, of Croft Township had consumed alcoholic beverages and was subsequently arrested and charged with:

The accused was issued a 90-day Administrative Driver’s License Suspension (ADLS) and the vehicle was impounded for seven days.

The accused was held in custody and is scheduled to appear at the Ontario Court of Justice, Parry Sound on July 13, 2021 for a bail hearing.