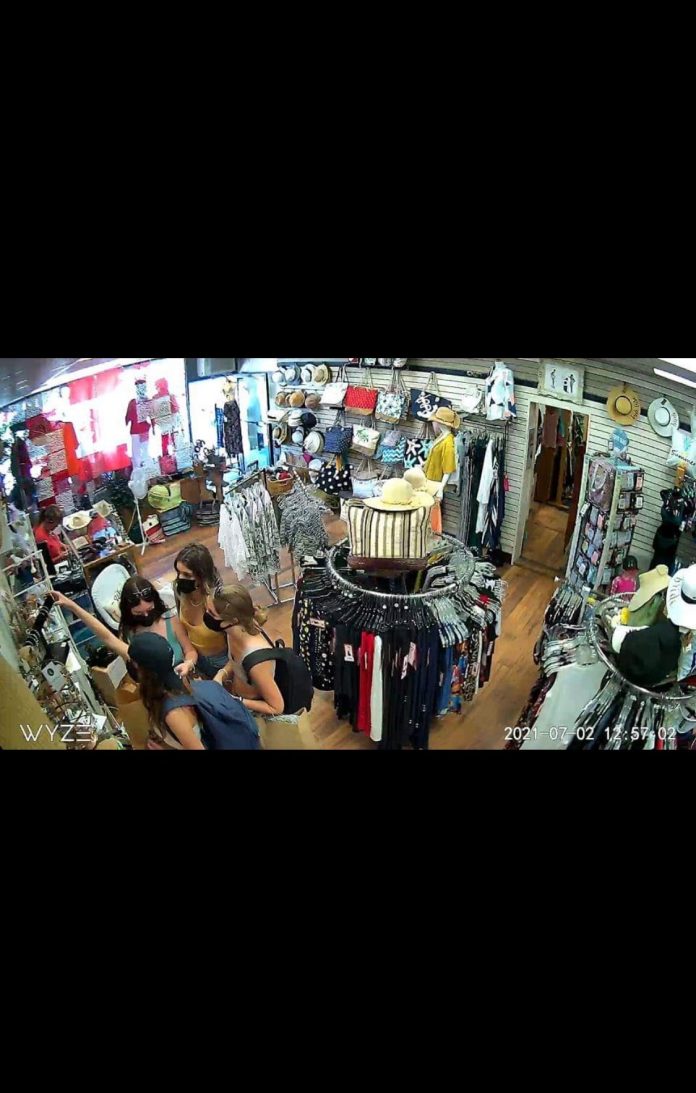 The first incident happened at 51 James Street when four unknown females entered Moon River Apothecary just before 1 p.m., and removed clothing and jewelry from the shop without paying. The four accused then entered Above and Beyond Your Expectations and removed jewelry and clothing items without paying.

Items taken were tank tops, shorts, bracelets, necklaces and many other items.

Descriptions of the four young adult women. Two brunettes, a blond and a brunette with bleached hair ends. three of them had backpacks including a bright red back pack.

Anyone with information is asked to call OPP or Crime Stoppers.